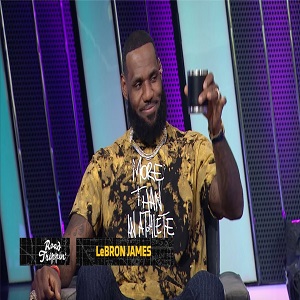 As great as LeBron James’ career, the first seven years of his career came with much scrutiny. While he revived the Cleveland Cavaliers’ franchise, he failed to deliver a championship. Because of that, many detractors targeted James and his leadership.

Unfairly compared to Michael Jordan, LeBron James wrote his own story, signing with the Miami Heat, in 2010. In 2012, LeBron James finally won a championship, repeating in 2013. Returning to Cleveland, in 2014, he led them to the 2016 title.

LeBron James joined the Los Angeles Lakers, in 2018, leading them to the title, in 2020. In eight years, LeBron James has won four championships with three franchises. Now, LeBron James had the chance to speak to Allie Clifton, Richard Jefferson, and Channing Frye, discussing his fourth title, the offseason, and the Lakers’ chances of repeating.