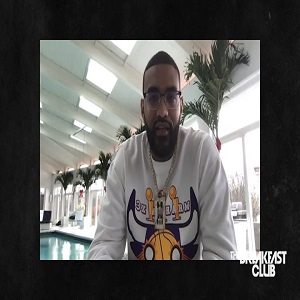 In 2016, Joyner Lucas was one of many rising rappers, jostling for position. The year prior, he had a breakthrough, which put him on the map. While he was getting looks, Joyner Lucas knew he had to come through big.

Joyner Lucas did just that, with “I’m Not Racist,” a song that took the entire world by storm. It was released during the first year of a controversial presidency. This same span of time saw racism begin to rise to levels not seen in nearly sixty years.

Definitely a voice of the new school, Joyner Lucas recently had a discussion with “The Breakfast Club.” Talking with DJ Envy, Angela Yee, and Charlamagne Tha God, Joyner Lucas spoke on his content, along with why he hadn’t been doing many recent interviews. This led into him discussing being underrated, before he spoke on Logic, Will Smith, family issues, and more.