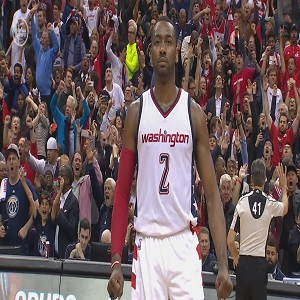 Ten years ago, John Wall was the number one draft pick, in the NBA, and the man the Washington Wizards chose to rebuild around. The end of the Gilbert Arenas era saw the Wizards crash and burn. This new era, led by John Wall, was to change things.

John Wall soon formed a duo with Bradley Beal and the team gradually improved, each season. In 2014, John Wall made his first NBA All-Star appearance, leading the Wizards back to the playoffs. They would repeat this, in 2015, both times losing in the second round.

Last night, John Wall was traded to the Houston Rockets, following three injury-plagued seasons, including not playing, at all, last year. But, John Wall gave the Washington Wizards the memorable 2017 season, where he led them to 49 wins, and the classic seven game battle with the Celtics, in the second round. Those moment, John Wall hearkened back to, in a message to the Wizards, telling them he may no longer wear their jersey, but he will never forget what it meant to represent for them.

Juicy J talks facing Pharrell or Outkast in Verzuz battle, Three 6 Mafia reunion, and owning publishing with Hot 97 [VIDEO]
Casanova Turns Himself in For Federal Racketeering and Gang-Related Charges; Faces Life in Prison if Convicted as He Proclaims His Innocence [VIDEO]