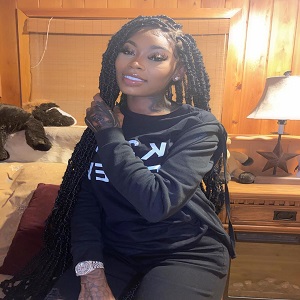 There is always some backlash towards Asian Doll, on Twitter, especially since King Von’s murder. Today, though, the fans on social media were particularly cruel to Asian Doll. It all stemmed from a tweet that said Asian Doll said she wants the same support of other widows.

Asian Doll saw herself dragged on Twitter, all day, and had to be tired of all of it. Normally, she doesn’t respond to the comments about her, but that changed today. Not only did she deny ever saying she asked for the same love Vanessa Bryant and Lauren London receive, she also said she would sue whoever started the rumor.

Asian Doll responds to reports that she allegedly said she wasn’t receiving as much support as Vanessa Bryant did after Kobe Bryant's death. She says the reports are absolutely NOT true. pic.twitter.com/CKZ6pxjhaz