This week, Spotify and Apple Music released their yearly stats to listeners of their most played artists, songs, albums, etc. One artist who is still in many of these playlists is Tory Lanez, who many tried to cancel due to him allegedly shooting Megan Thee Stallion in her feet in July. He accumulated over 1.3 billion streams on Spotify in 2020.

Lanez took to Twitter to speak on these playlists and noticed how people are still playing his music. The Toronto rapper said “Lmao some of y’all going thru your minutes on playlist and realizing u didn’t really cancel shit ….. love u too.” He continues hours later by boldly saying “Can’t believe u even tried to play with us like this.”

Back in October, Lanez was hit with a felony assault  case by the LA County D.A.’s Office. The charges include one count of assault with a semiautomatic firearm, and one count of carrying a loaded, unregistered firearm in a vehicle. They also claim that Lanez caused “great bodily injury” to Megan. If convicted, Lanez faces 22 years and eight months in prison.

One project that is getting a good amount of streams for Lanez is his ‘Daystar’ album which was released at the end of September. This broke his 2-month hiatus from social media as he denied shooting Megan on it. This ended up debuting at No. 10 on the Billboard 200 chart which made it his sixth consecutive top 10 album. 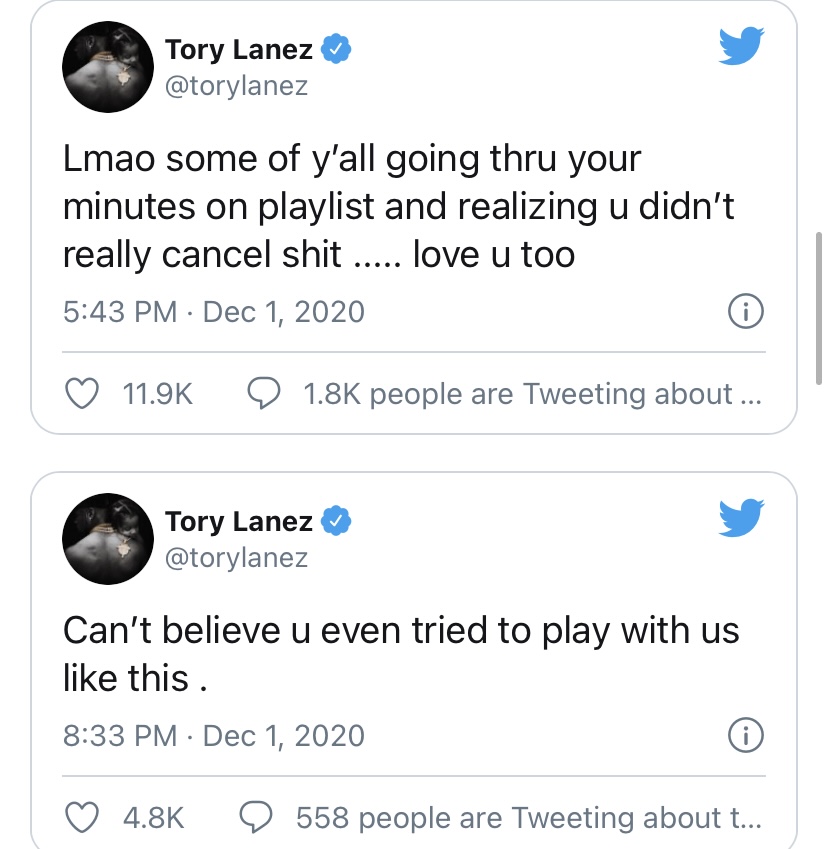 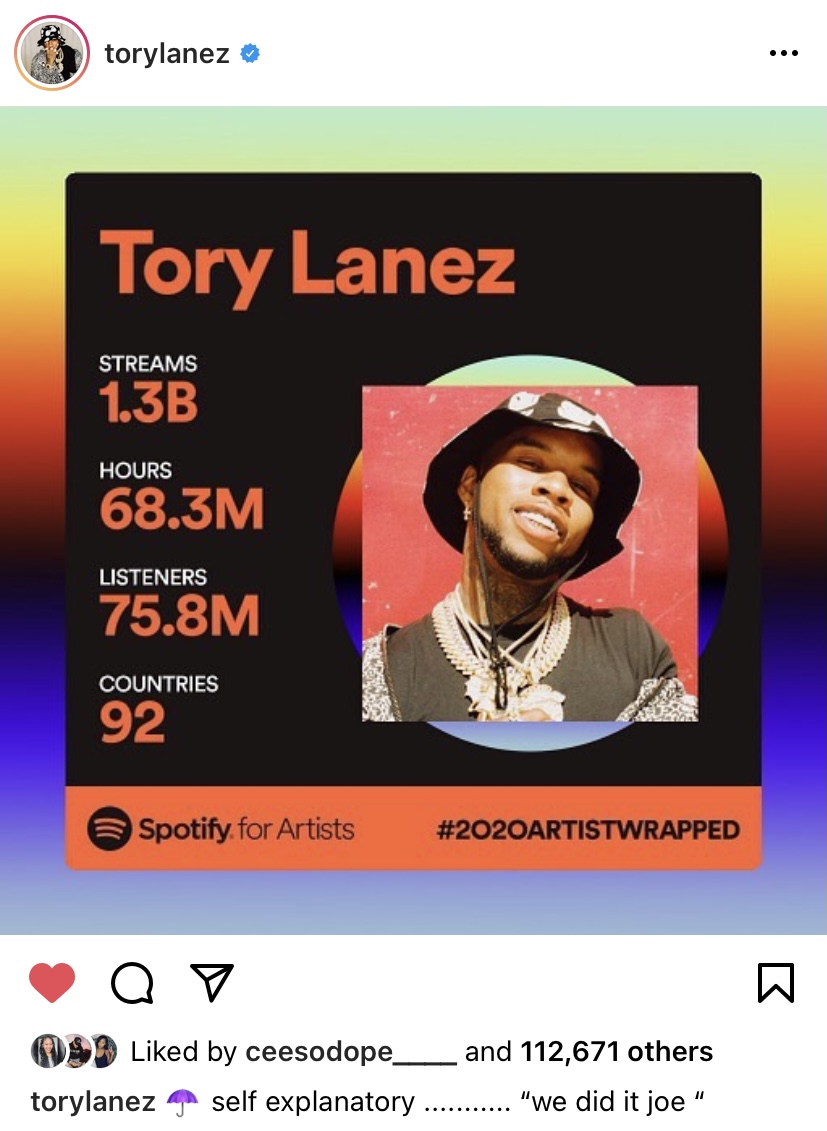 Continue Reading
You may also like...
Related Topics:spotify, tory lanez

Jack Harlow’s Debut Studio Album, ‘That’s What They All Say,’ To Be Released on December 11
Who Is Tony Gordo? Tony Gordo is a viral sensation that is commanding a lot of attention, making a huge presence on the rap scene | HHV Artists to Know