Jack Harlow has been one of the biggest breakout stars of 2020 and it all started in January with the release of his hit single, “WHAT’S POPPIN.” This record went on to be certified 3x platinum by the RIAA in the US. In the summer, the official remix was released and it featured a star-studded lineup of Harlow, DaBaby, Lil Wayne, and Tory Lanez.

In October, Harlow also released his “Tyler Herro” single, which shouts out his close friend who is a rookie that became a star for the Miami Heat this past season. Now, the Louisville rapper is finally ready to put out his debut studio album.

Harlow took to his social media feeds to reveal that his debut studio album, ‘That’s What They All Say,’ will be available on December 11. He also showed the cover art which displays him inside a car with a woman next to him as he’s signing autographs.

Harlow’s last project was his ‘Sweet Action’ EP in March. This featured WHAT’S POPPIN, “2 Stylish,” and “I Wanna See Some Ass.” Now, his debut album is finally arriving next week after putting in the work to become one of the hottest rappers currently out. 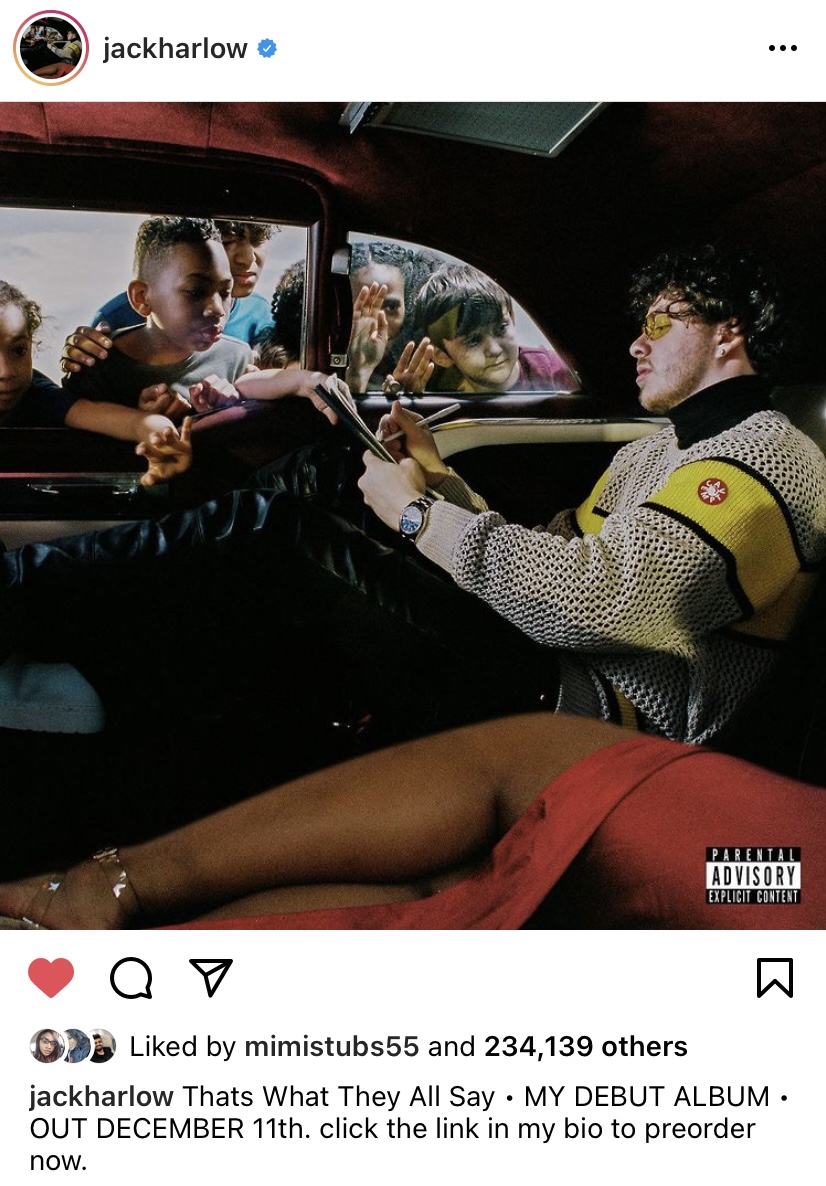 Snoop Dogg is Launching Pro Boxing League With Triller Co-Owner, “The Fight Club” [VIDEO]
Tory Lanez Intrigued By How Many People Still Have Him in Their 2020 Yearly Playlists – “U Didn’t Really Cancel S*it”