On Monday, YFN Lucci revealed on social media that his highly-anticipated ‘Wish Me Well 3‘ album is arriving on December 4. This project has been something that fans have been waiting on for over a few years now. Back in 2016, ‘Wish Me Well 2‘ was a great success as it was led by hits such as “Key To The Streets” feat. Trouble and Migos and “Run It Up” feat. Marissa.

The first two Wish Me Well projects were released as mixtapes. There has been some confusion as to if the third installment will be one or actually an album. The Atlanta rapper took to Hip-HopVibe.com’s Instagram feed to provide this update and said that this will in fact be put out as an album.

In Lucci’s original WMW 3 announcement, he provided what appears to be the cover art for the album along with a snippet of one of the songs that will appear on it. As of now, fans are now waiting on the official tracklist from Lucci. Definitely expect a star-studded lineup as this album is expected to be one of his best projects of his career.

The release of WMW 3 will also add on to the list of projects released over the past three years which has been part of great consistency shown by Lucci. He’s put out plenty of material such as the ‘Long Live Nut’ EP, ‘Ray Ray From Summerhill’ album, ‘Lucci Vandross’ mixtape with Yung Bleu, ‘650 Luc‘ mixtape with DJ Drama, and the ‘HIStory‘ mixtape. 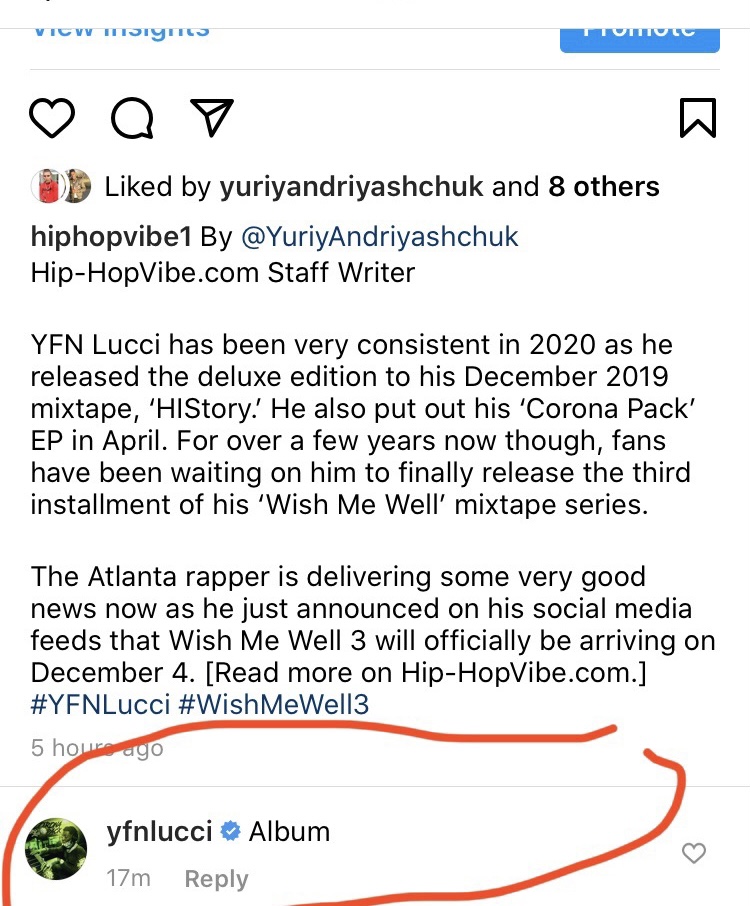 Benny The Butcher Returns To Studio After Recovering From Shooting in Houston
Today is World AIDS Day and is the 32nd annual day, with this year’s theme being “Ending the HIV/AIDS Epidemic: Resilience and Impact”