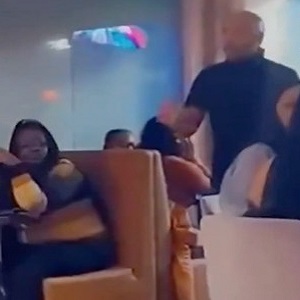 No question, it is hard, as a minority trying to own a business. There are so many obstacles so when a minority is finally an owner, they are more cautious than the average. In Houston, a black man recently became a restaurant owner.

Kevin Kelley is the owner of TRUE Kitchen + Kocktails. This Houston establishment is meant to be a high-end dining option for all, but Kelley takes pride in it being for his people. Unfortunately, there is a video circulating of him that may hurt business.

New restaurant owner, Kevin Kelley, spotted some women in his establishment, TRUE Kitchen + Kocktails, twerking. When he saw this, he called the women out, stating how hard he’s worked, as a black man, to have this restaurant, and getting it off the ground. He told the women if they want to twerk to “get the f*ck out,” questioning how he can ask men to respect women if they won’t respect themselves.

The Game’s son, Harlem Taylor, reveals he and his siblings saved their money up to buy their dad a Tesla for his birthday [PHOTO]
Lil Wayne Gifts Daughter, Reginae, With Icy Cartier Watch at Her 22nd Birthday Party [VIDEO]