Saturday night featured an event of boxing legends as 54-year-old Mike Tyson took on 51-year-old Roy Jones Jr in an exhibition match at Staples Center in Los Angeles. Both fighters looked solid considering their age as the exhibition resulted in a draw. Both fighters saluted each other at the end of the night and Tyson also said he’d love to continue fighting in these type of matches, which are eight rounds with each lasting two minutes.

One of the hilarious moments of the night was Snoop Dogg’s commentary during the Nate Robinson-Jake Paul fight along with Tyson-Jones. One in particular that viewers enjoyed was when Snoop said that Tyson vs Jones was like two uncles fighting at a barbecue.

The west coast legend definitely gave some nice laughs for fans as the boxing world was given a nice night of entertainment. Snoop also performed in place of Lil Wayne as he had to cancel his performance at the last minute. Wiz Khalifa, YG, French Montana, and more also performed.

Check out some of Snoop Dogg’s commentary of the fights at Staples Center along with Twitter reactions below.

Snoop Dogg really described Mike Tyson vs. Roy Jones Jr. as “Two of my uncles fighting at the barbecue.” 😂 pic.twitter.com/XgJuHnQW7r 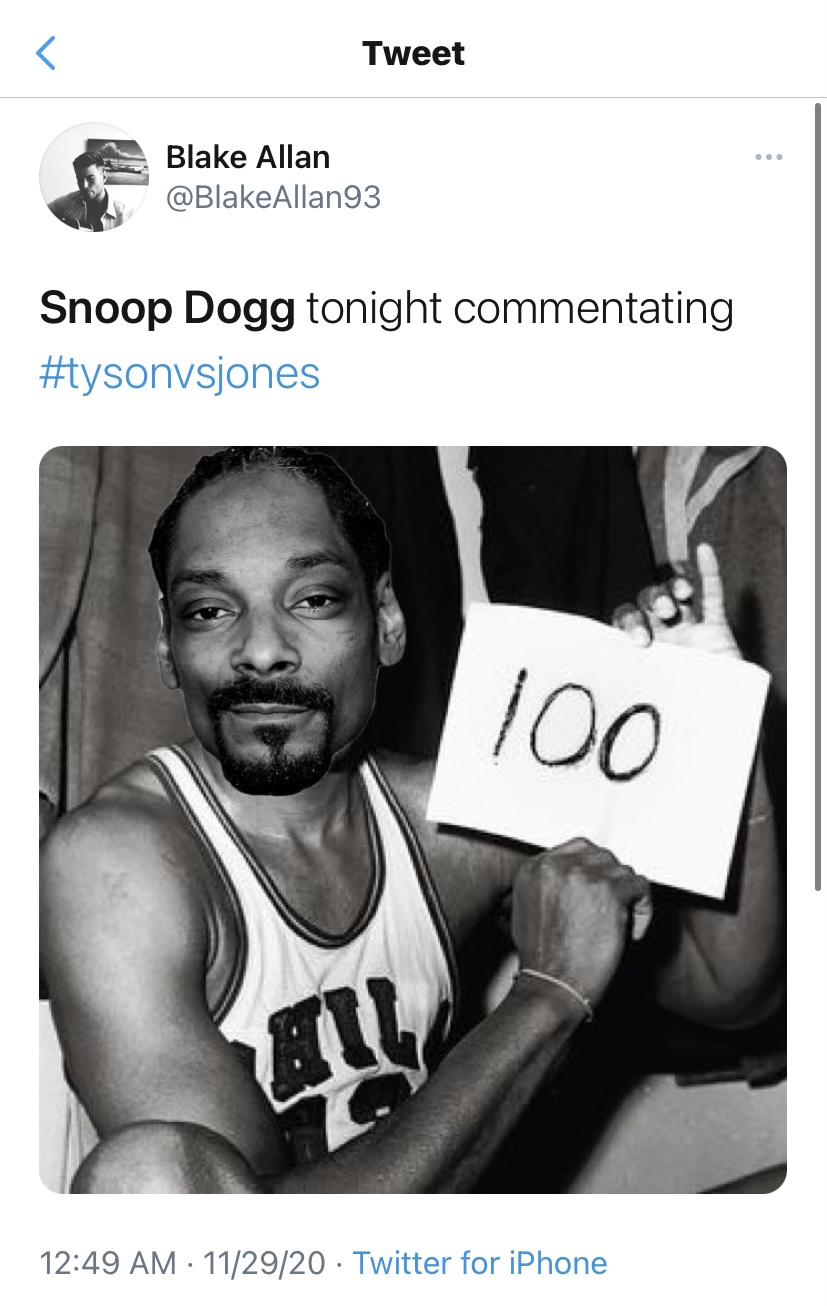 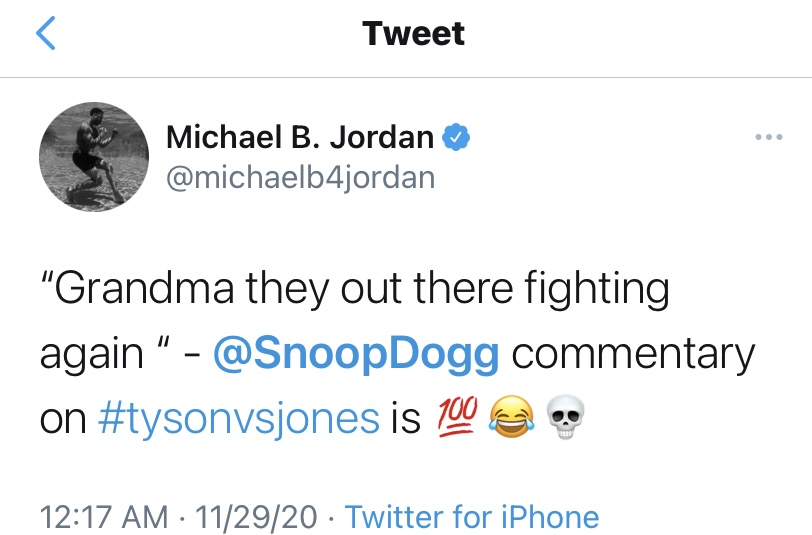 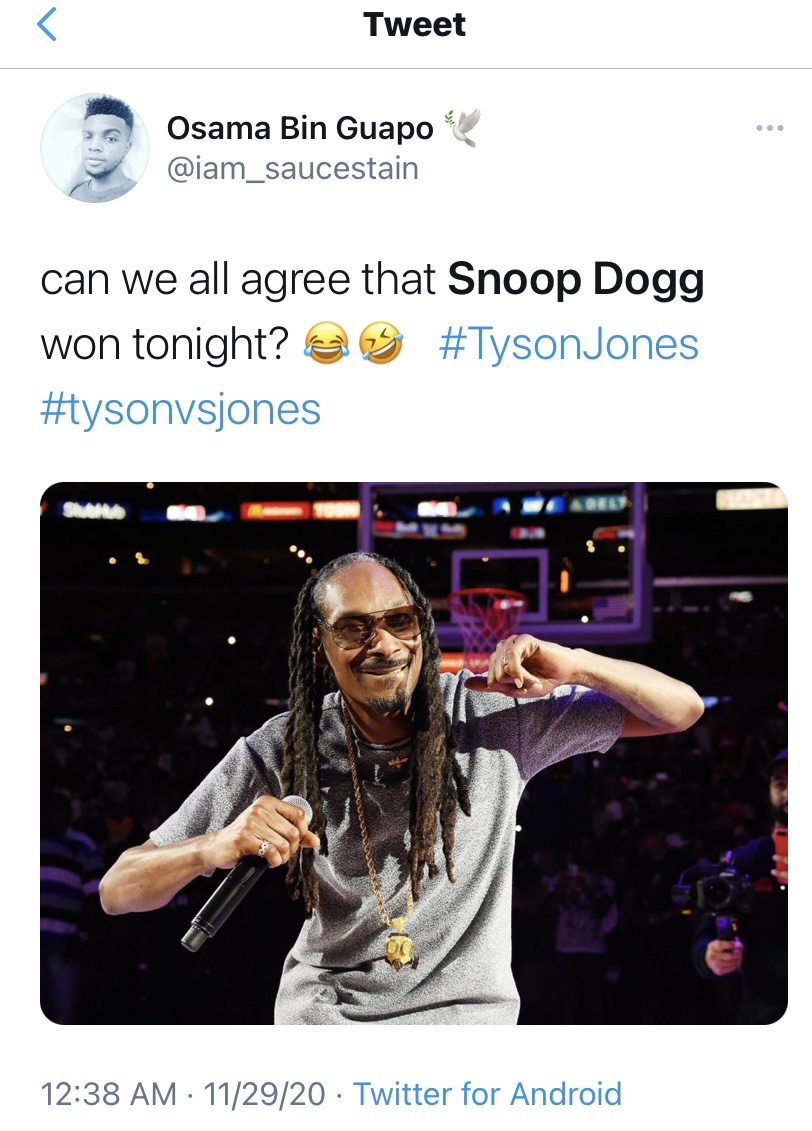 Tamera Mowry is being cruelly dragged on Twitter, accused of being anti-black, voting for Trump, because of her comments, including that she would want her kids to live with her in-laws, but fans wanted her to mention twin, Tia, or her brother, so they are going in on her
Malaysia Pargo showed her body off, on Instagram, and Twitter mistook her for Jill Scott, and fans are saying she’s giving “Jilly from Philly” vibes #BasketballWives [PHOTO]