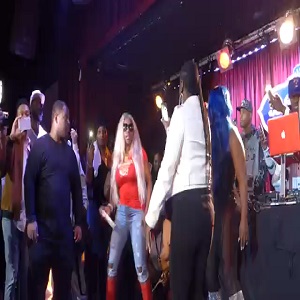 From 1996, through 2001, Foxy Brown was definitely one of the two hottest female rappers in the game. Soon, she and Lil’ Kim became rivals, but both saw Eve emerge. However, Lil’ Kim had the longevity, eventually giving way to Nicki Minaj’s emergence.

Lil’ Kim and Nicki Minaj would become fast rivals and Foxy Brown would soon join Nicki, as a supporter. With Nicki, Foxy has gotten back into the spotlight. Now, Foxy Brown is preparing to get back into the business of releasing music.

Foxy Brown shared, on her IG Story, that she has a new album on the way. According to her posts, Foxy Brown has completed her new album. The new release is titled Pressure and Foxy Brown says it will be released sometime in 2021.