The Parking Lot Concert series has done an amazing job since June of bringing back live concerts with fans in attendance in Atlanta. These events have brought a lot of joy to fans as the COVID-19 pandemic canceled or postponed so many tours and festivals.

This weekend, PLC went out west as Eric Bellinger and Mario performed in a show of R&B stars in Phoenix. Now, PLC is bringing more treatment to Phoenix as in two weeks, 2 Chainz will be performing.

The official date for 2 Chainz’s show will be on December 12. This will com less than a month after the Atlanta legend released his new ‘So Help Me God!’ album. It debuted at No. 15 on the Billboard 200 and was led by the singles “Money Maker” feat. Lil Wayne and “Quarantine Thick” feat. Mulatto.

Tickets for 2 Chainz’s upcoming PLC concert can be purchased at Tixr.com. 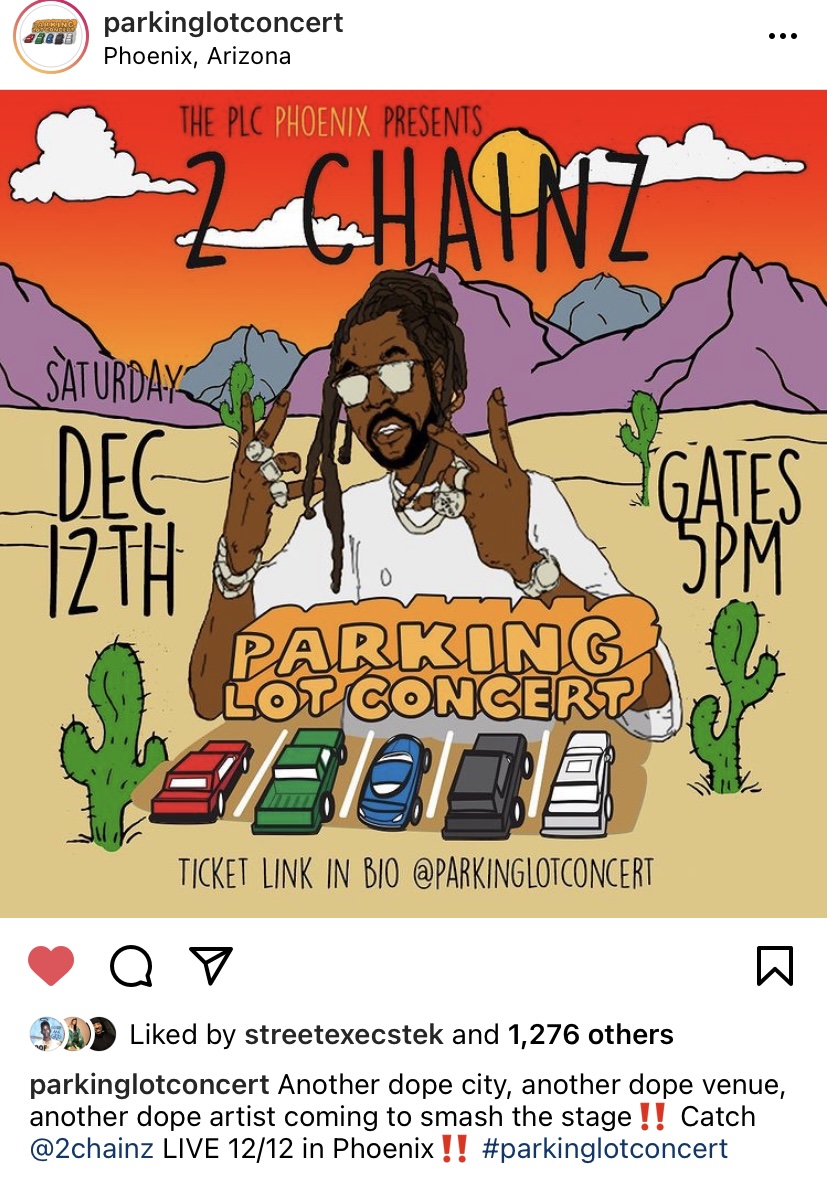 Q The Question launches new merch and embraces America, in the process [PHOTO]
Reginae Carter partied with YFN Lucci, at her 22nd birthday, and refers to him as her boyfriend, on Twitter, confirming the two are back together