Last month, Trey Songz made headlines after testing positive for COVID-19. He appeared to be asymptomatic in the video where he announced his positive test, though. The R&B star seemed to have recovered pretty quickly from it anyway as he went right back to doing club appearances.

Today is Trey’s 36th birthday and he is giving the ladies a surprise. He took to his Instagram stories to reveal that he has officially joined Only Fans and has already created his account. His caption read “Join my Only Fans for my bday!!!” Considering how popular he’s been with female listeners since the mid-2000s, his account is sure to be boomin’.

Music wise, Trey released his eighth studio album, ‘Back Home,’ in early October as well. This was during the same week that he revealed his COVID-19 announcement. This project was led by singles such as “Back Home” featuring Summer Walker and “2020 Riots: How Many Times.” Other appearances included Ty Dolla $ign, Davido, and Swae Lee. 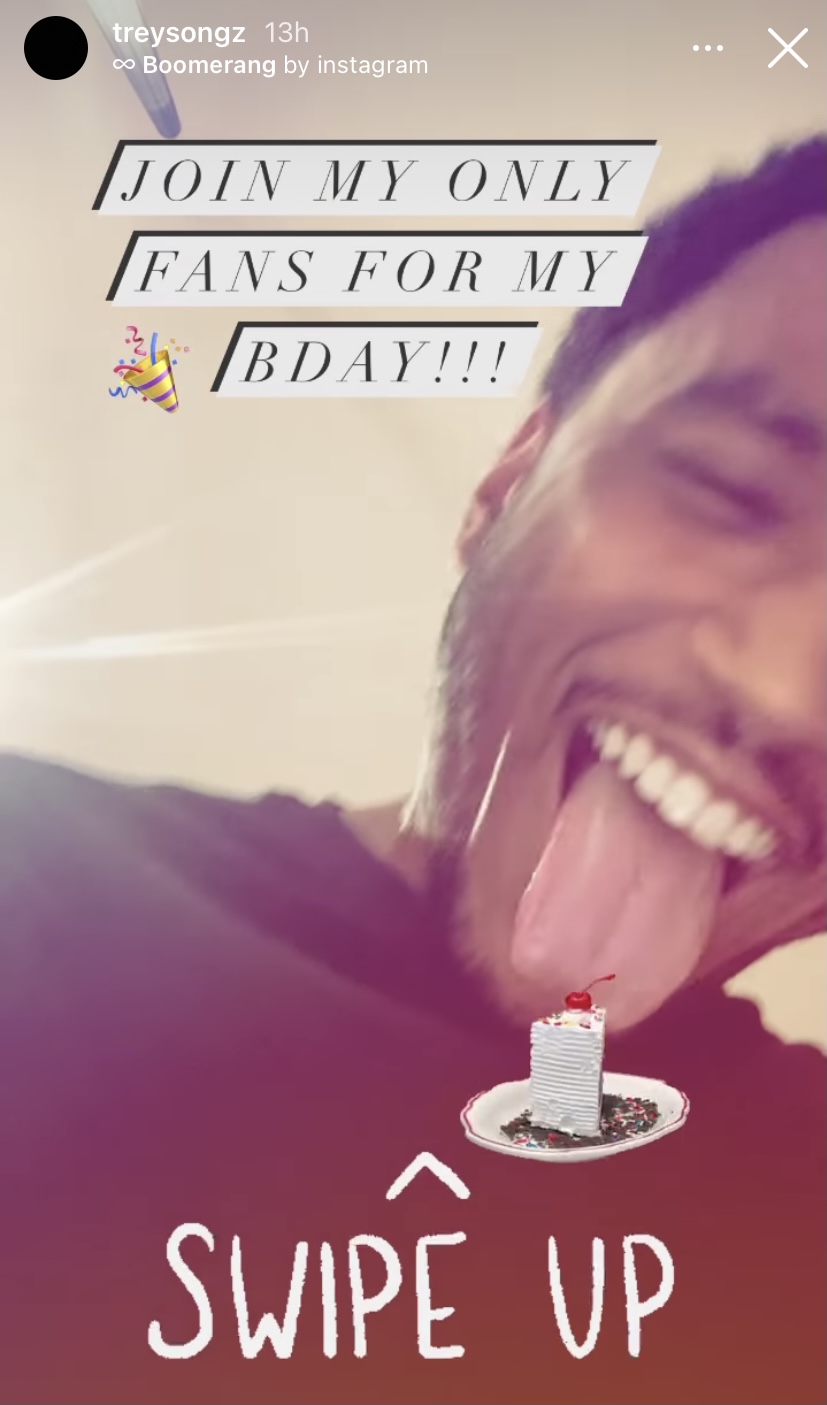 Summer Walker Seems Over It With Boyfriend, London On Da Track, a Week After Announcing Pregnancy and Getting Back With Him Again; Subliminally Calls Him “Lame” and “Selfish”
Wiz Khalifa Says Next Album Will Be Entirely Produced By Juicy J After Being Impressed By His New ‘The Hustle Continues’ Album