Yaya Mayweather is NBA Youngboy’s latest baby mama as she’s been celebrating her pregnancy over the past month. Yesterday on Thanksgiving, the baby bump was on full display as she showed off her holiday outfit. Her tan jacket and boots resembled the fall season as well.

Mayweather and Youngboy have been dating this year and it’s been a very rocky relationship. Back in April, she was arrested at his Houston home after stabbing one of his baby mamas. This is after she refused to leave. Mayweather was charged with aggravated assault. She could face up to 99 years in this case.

Youngboy was not present at the baby shower that went down last month. There, it was an all-blue themed where she revealed that the two will be having a boy. Prior to this, her father, legendary boxer Floyd Mayweather, acknowledged that she was pregnant in a Hollywood Unlocked interview but explained how she isn’t under his roof anymore and that she will make her own decisions. 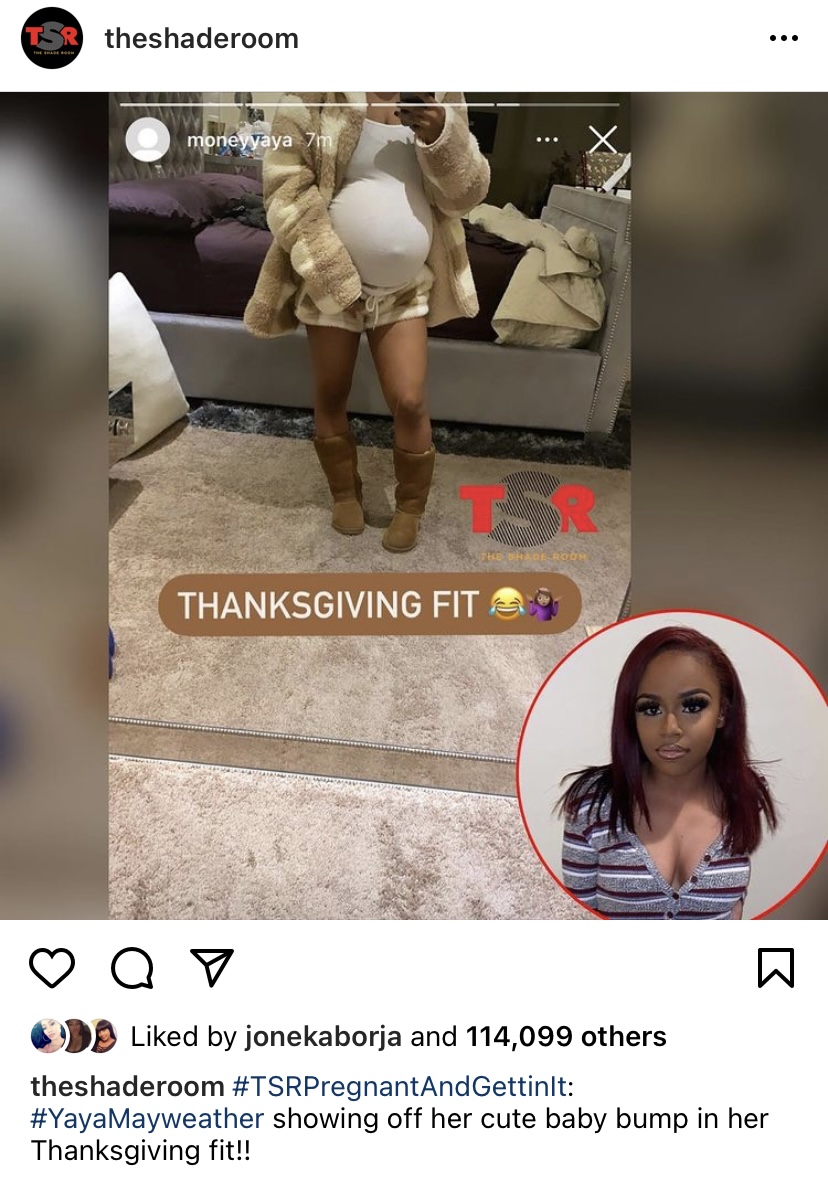 Jay Chevelle drops new single, “Cold Summer,” in time for the holiday season, as he turns up the heat
Megan Thee Stallion’s Debut Studio Album, ‘Good News,’ To Debut at No. 2 on Billboard 200 Chart