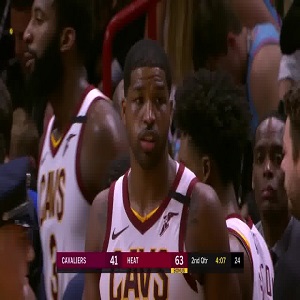 Recently, Tristan Thompson made headlines for signing with the Boston Celtics, leaving his longtime home, the Cleveland Cavaliers. In 2011, the Canadian-born Thompson was drafted by the Cavs. Those early years, with Kyrie Irving, were rough, but things changed in 2014.

When LeBron James returned to the Cleveland Cavaliers, they instantly became title contenders. The duo of LeBron and Kyrie, led a supporting cast, anchored by Thompson, to the 2016 title. Along the way, Tristan became famous for dating Khloe Kardashian.

Tristan Thompson would father a child with Khloe Kardashian, break her heart by kissing Jordyn Woods, and then become a fixture on “Keeping Up with the Kardashians,” trying to win Khloe back. In basketball, Thompson has a new team. He now has big, personal, news, becoming an official US citizen, after being in America, since 2009, on a student visa.