Lil Wayne and DJ Khaled announced on Thursday that the third installment of Wayne’s ‘No Ceilings‘ mixtape series would be arriving on November 27. The project didn’t drop right at midnight though as fans had to go through a bit of a wait. At 9pm ET, the two legends finally put out No Ceilings 3 as the anticipation was real.

No Ceilings 3 contains 20 tracks with appearances by Drake, Young Thug, Cory Gunz, and more. The record that was ready to be heard was the one with Drake which is “BB King Freestyle.” The release of No Ceilings 3 comes five years after the sequel.

Fans immediately took to Twitter to show No Ceilings 3 love. They said Wayne brought flames all over it as he’s done in projects in the past. Some were skeptical about Khaled hosting the mixtape but they were still impressed with how the Young Money boss delivered.

In August, Wayne also finally put the first No Ceilings mixtape on all streaming platforms. That project was originally released in the fall of 2009. This past January, Wayne dropped his 13th studio album, ‘Funeral,’ as well as it debuted at No. 1 on the Billboard 200 chart. It was led by the hit single, “I Do It,” feat Lil Baby and Big Sean. 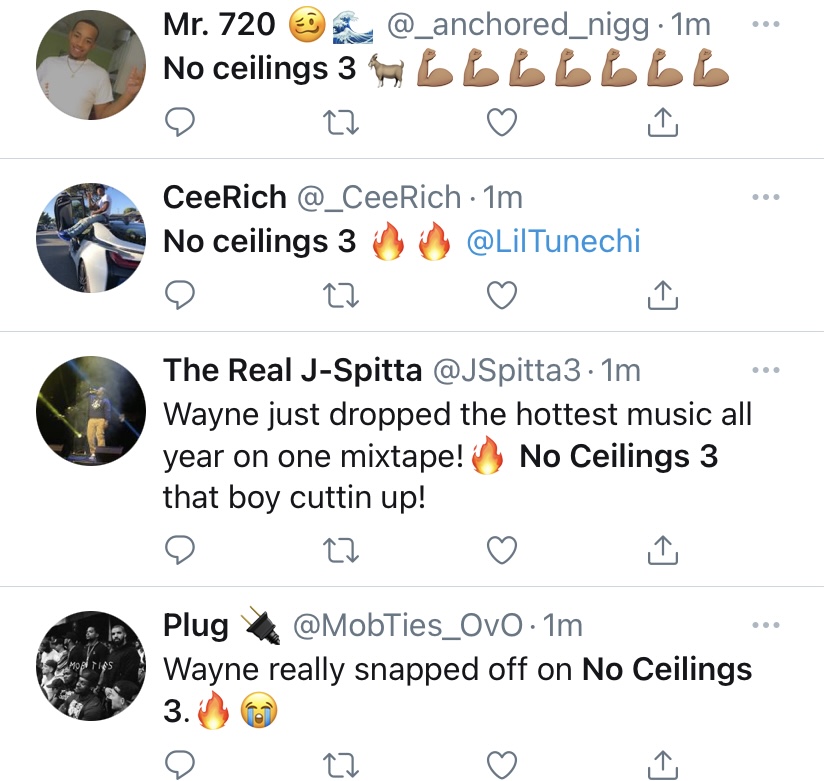 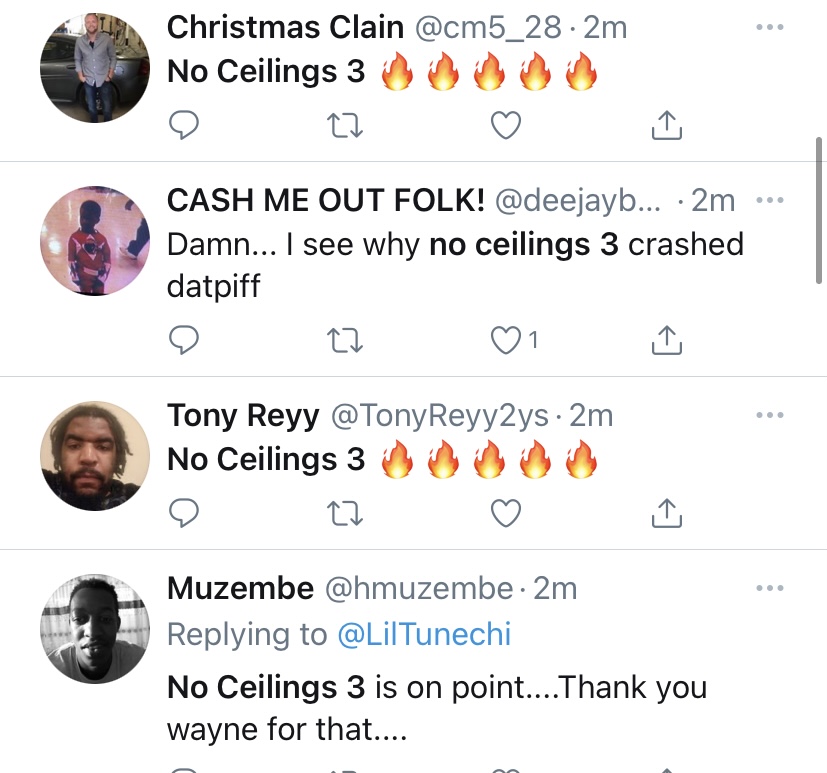 Continue Reading
You may also like...
Related Topics:dj khaled, lil wayne, No Ceilings 3

Tristan Thompson has officially become a US citizen, after initially coming to America on student visa, playing in the NBA for the past nine years
Kodak Black Says He’ll Spend $1 Million on Charity Work If He Gets Released From Prison Early and Within The First Year of That Happening