Celebrities are giving back during the holiday season and the latest to do so is A$AP Rocky. According to TMZ, he is helping out at a local homeless shelter in Harlem where he used to live at. This is the Regent Family Residence.

Here, the A$AP Mob rapper delivered 120 meals yesterday as the food was from Amy Ruth’s Restaurant. 83 families live here, which includes 111 children. Rocky and his mother lived here in the early 2000s, before he started to take off as a rapper in late 2011. During that time, his ‘Live.Love.A$AP’ mixtape was buzzing and featured hits such as “Peso” and “Purple Swag.”

Rocky also wanted to give back to the Regent Family Residence due to them helping him and his mother out when they needed it the most. Since then, he’s had two No. 1 albums in his career. The latest project by the Harlem native was his third studio album, ‘Testing, in the summer of 2018. 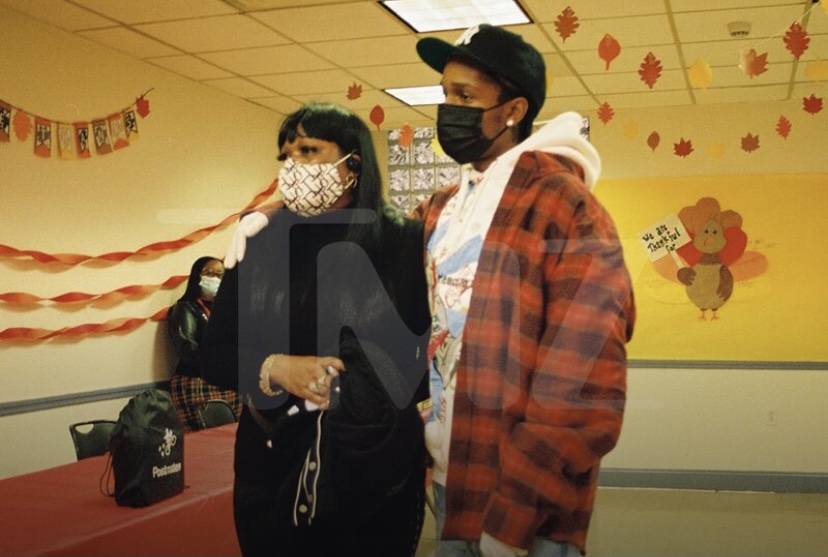 Pop Smoke’s Manager, Steven Victor, Trashes GRAMMYs For Nominating D Smoke Over Pop For Best Rap Album and Believes Pop Should’ve Had More Nominations
Lori Harvey sparks argument among men vs. women, on Twitter, with a man claiming she’s inspiring women, much older than her, when all she’s doing is dating, and fans joke about her dating Future, earlier this year