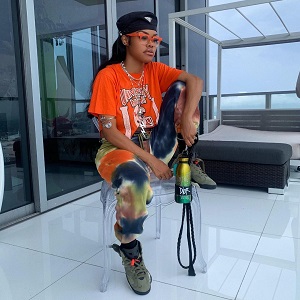 The Grammys nominations have been announced and there have already been several artists to speak out. After such a long fight, about inclusion, there are still complaints. Several artists have found themselves not nominated for their categories.

When it comes to R&B, Teyana Taylor has been a force in the game, for years. But, several artists, mainly Queen Naija come to mind for nominations. However, there are no females nominated for Best R&B Album.

Teyana Taylor directly called the Grammys out, on Twitter, for having no female artists nominated for Best R&B Album. This led to popular radio host, Karson Tager, speaking out, telling her that no men were nominated in the rock category, asking what her point is. Long story short, Teyana Taylor told him to stay out of black women’s business, and her point is that she said what the f*ck she said.