Fans have been waiting for Juicy J to put out his ‘The Hustle Continues’ album for over five years. The Three 6 Mafia legend hasn’t done so yet but now, the time is finally almost here. The project is set for a November 27 release date.

THC is also Juicy’s first album since 2017’s ‘Rubba Band Business.’ This was solid as it peaked at No. 191 on the Billboard 200 chart. The title of this project was also named after the mixtapes that were released in 2010 and 2011.

Juicy and Three 6 Mafia will also be taking the stage in Lexington, KY at the University of Kentucky on December 11. The show will be happening inside Rupp Arena. Social distancing seating will be enforced as well as mask rules. This will be the first concert inside an arena since the COVID-19 pandemic started. Hopefully, more arenas will trend in this direction soon as well.

Check out the full tracklist for Juicy J’s ‘The Hustle Continues’ album below. 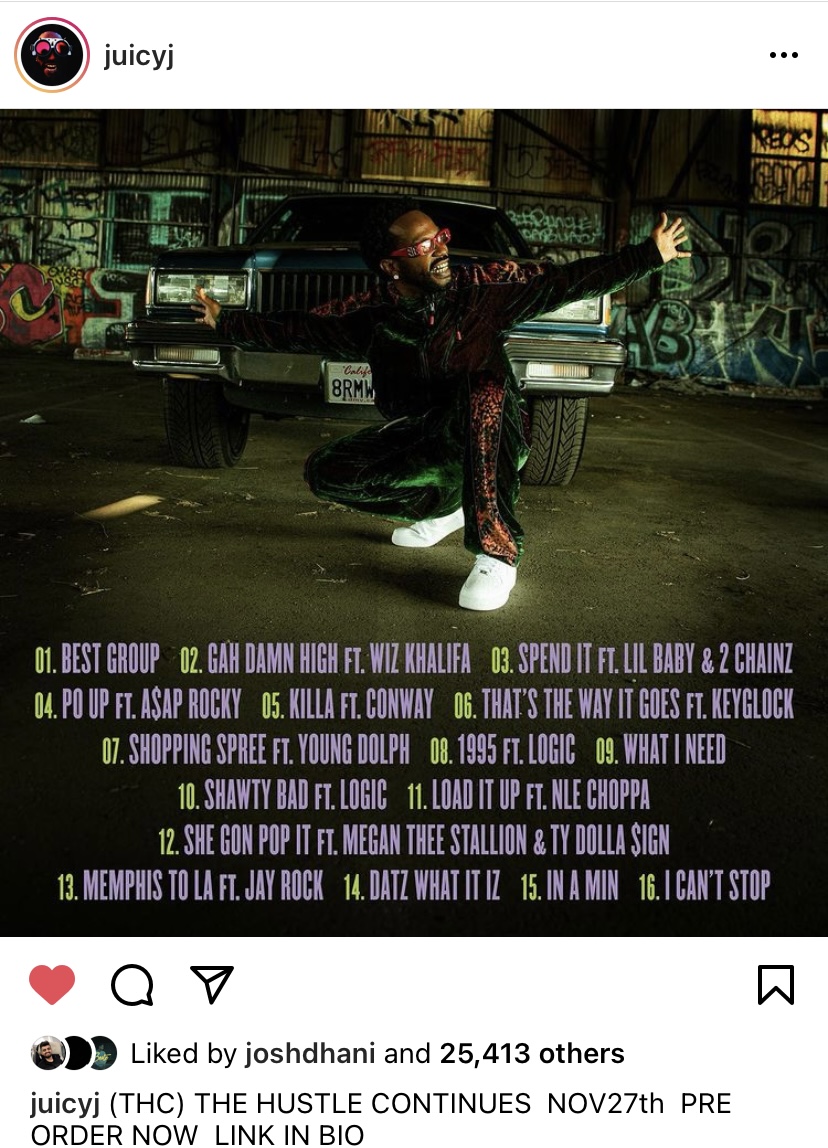 French Montana Hands Out Over 500 Turkeys in Hometown of The Bronx For Thanksgiving
Trevor Noah announced as host of the 63rd Annual Grammy Awards, which will air on January 31, by CBS