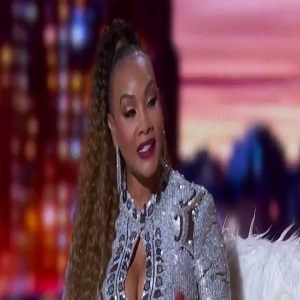 Thirteen years ago, “I Love New York” returned for its second season, as New York continued her quest for love. This came after she was dumped by Tango, during the season one reunion. Quite a bit has changed, in reality TV, since the days when New York ran things.

Tonight, nostalgic fans have the chance to revisit the old days of VH1 reality TV. They have “I Love New York: Reunited,” with Vivica A. Fox hosting the show. She began the show recounting New York’s history and the barriers she broke, doing the show.

Vivica started off strongly, but, according to the fans, she made the show about herself. They are upset with Vivica, accusing her of making every topic about her. The fans on Twitter are outright telling Vivica that this is not her reunion show.

Read the tweets about Vivica below:

Jeezy said Jeannie Mai explained her “dark meat on the side” comments, on their first date, asking him to listen to the clip in its entirety, and added that he’s a good judge of character, and people sometimes look for things to be upset about [VIDEO]
Sister Patterson and Whiteboy hooked up, entanglement, or whatever they call it has fans saying they’ve seen it all! #ILNYReunited