Lil Baby has arguably been the hottest rapper of 2020 as things got hot with his “Sum 2 Prove” single in January. At the end of February, the Quality Control Music rapper released his sophomore album, ‘My Turn.’ This project debuted at No. 1 on the Billboard 200 chart and was led by other hits such as “Emotionally Scarred” and “Woah.”

Baby ended up releasing the deluxe edition as it contained another hit in “We Paid” featuring 42 Dugg. My Turn has since been certified 2x platinum by the RIAA in the US. The “The Bigger Picture” single also had a lot of success in the summer with how it conveyed social justice messages. Now, the Atlanta native appears to have more material coming very soon.

Baby has taken to his Twitter feed this morning to simply tweet “December 3.” Fans have since wondered what this could mean and one idea is his ‘Lamborghini Boys‘ mixtape. Baby originally announced this project at the same time as My Turn in December 2019. Baby did reveal on Twitter over a week ago that he’s not doing any more features right now due to him being in “album mode” so, this December 3 date is very promising news for fans. 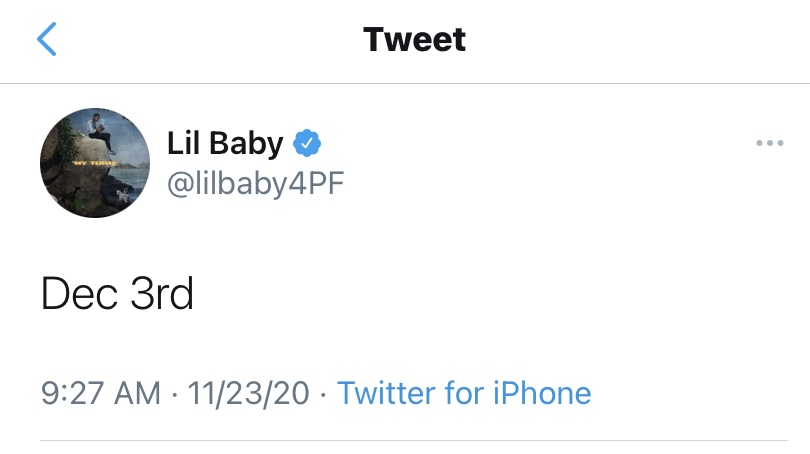