Skip to content
You are here
Home > Hip Hop News > Nick Cannon, Dr. Dre, and Others Help Families in ‘Feed Your City Challenge’ Event in Compton 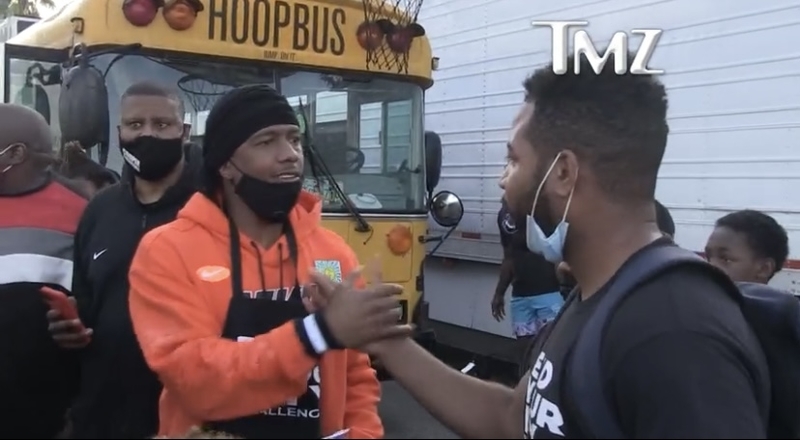 Music executive Tony Draper and former NBA star Ricky Davis have done a great job all over the country with their Feed Your City Challenge. They’ve partnered with various celebrities in different cities and it’s come through beautifully for families who are struggling.

According to TMZ, they appeared in Compton on Saturday as Dr. Dre and Nick Cannon joined them. Compton Mayor Aja Brown, Power 106 and 94.5 KDAY were also in attendance. Here, families received free groceries, turkeys for Thanksgiving and PPE for COVID-19 care. Precautions were also taken as there was a drive-thru pickup lane and another one for people who wanted to pick up their items in-person.

Salute to Cannon, Dre, Draper, Davis, and others involved in helping make a difference in people’s lives like this. The Feed Your City Challenge has helped countless families during these crazy times in the world.