Skip to content
You are here
Home > Hip Hop News > Kevin Hart asks Tariq Nasheed why his opinion should matter and that he’s done pretty well for himself doing comedy that’s NOT funny, after Nasheed says “Zero F*cks Given” is “NOT funny” 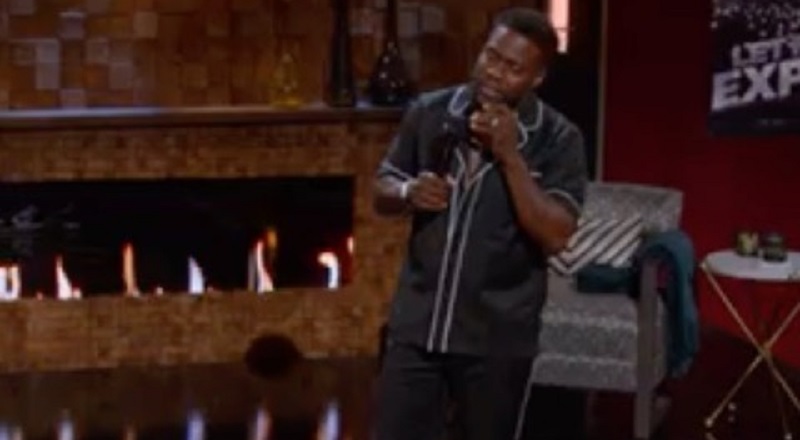 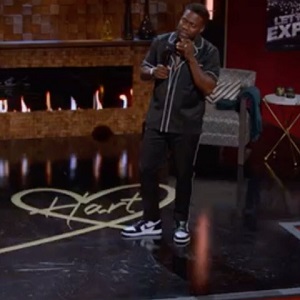 Already, Kevin Hart has faced backlash, with his “Zero F*cks Given” special, on Netflix. A joke about Hart’s daughter was taken out of context and Twitter tried cancelling him, last week. In spite of this, that drama has died down.

Being a celebrity means being subjected to all kinds of criticism, though. After having to deal with the backlash, Kevin Hart had to deal with critics. Activist, Tariq Nasheed actually took to Twitter to say that the “Zero F*cks Given” special was “NOT funny.”

Kevin Hart, already dealing with Twitter trying to cancel him, was quick to respond to Tariq Nasheed calling “Zero F*cks Given” “NOT funny.” After Nasheed said he turned it off, ten minutes into it, Kevin Hart questioned why his opinion should matter. Then, Kevin Hart said he’s done pretty good in comedy for someone that’s “NOT funny.” 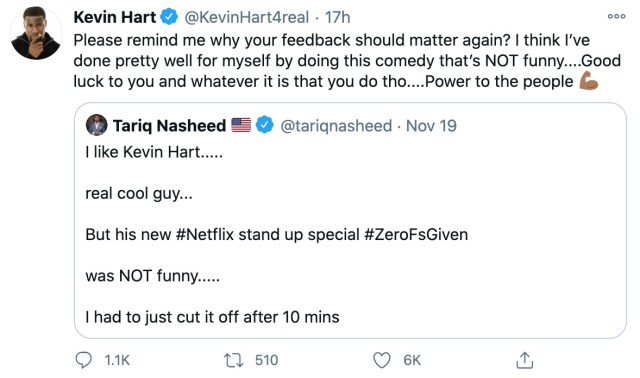