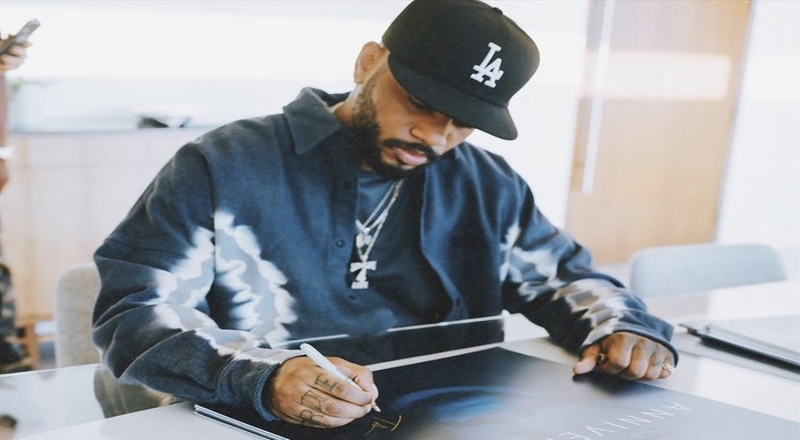 In September, Bryson Tiller made his long awaited return as he released a consistent amount of music. This included his “Inhale” and “Always Forever” singles, the ‘Trap Soul‘ deluxe edition, and the ‘Anniversary‘ album, which was released on the five-year anniversary of Trap Soul.

During that time, the Louisville native also revealed that a winter album would be released as well. As of now, the title is still expected to be ‘Serenity.’ In an interview with Genius, he added that this project will be divided into three volumes with genres of R&B, pop and rap.

Now, Serenity may finally be arriving in the near future. Tiller recently took to his Instagram stories to simply say “Soon.” Expect this project to possible be out possibly before Christmas. Anniversary did very well on the charts this fall as it debuted at No. 5 on the Billboard 200 chart.