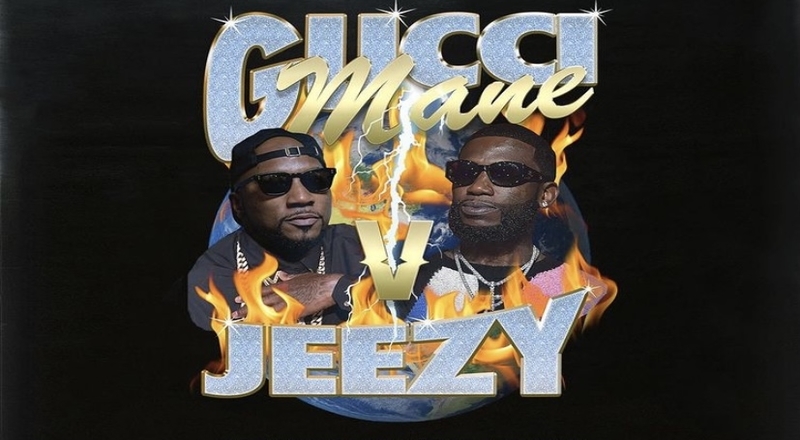 November 19 was a historic night in hip-hop. Season 2 of Verzuz kicked off and it featured long-time rivals, Jeezy and Gucci Mane. The two have feuded since 2005 as it all started over ownership issues regarding their collab hit single that year, “Icy,” which also included Boo. This record helped Gucci breakout into a star, as Jeezy had already established himself. Things then got violent as Jeezy put a hit on Gucci and that resulted in Gucci defending himself by shooting and killing Jeezy’s friend, Pookie Loc.

On Verzuz, Gucci played several Jeezy diss records such as “745” and “Truth,” where he clowed Loc on that record in 2012. Overall, the Atlanta legends definitely played most of their hardest records. At the end of the Verzuz, they ended things historically as they finally performed Icy together. The two then partially made amends and hit up an afterparty hosting event at Compound nightclub in downtown Atlanta.

Now, Swizz Beatz, one of Verzuz’s founders, has revealed the official stats from this battle and they are very impressive. Over 9.1 million viewers. 7 billion impressions and it being the highest tweeted Verzuz battle ever were also among the other milestones. Jeezy vs Gucci even received more viewers than shows such as the VMAs and The Voice. Beatz ended up speaking on thus massive win on his Instagram feed.

“WOW. The numbers are officially in, and a huge thanks to all of you who tuned in as we broke our all-time livestream viewership record on Thursday night with the first episode of season two of Verzuz. On a minimum level, 9.1 MILLION people watched this epic, legendary showdown between @jeezy and @laflare1017. (As we saw across the country, there was a new phenomenon of Verzuz viewing parties, so that figure is not including those who gathered in large numbers together.)”

“This viewership number from last night actually makes Verzuz bigger in ratings than the MTV VMA’s, NBC’s The Voice, the Billboard Awards, the CMA’s, the Latin Grammy’s, Dancing With The Stars or The Masked Singer respectively on any given night for those primetime shows this year. OUR culture has made us the top show in the world for music outside of The Grammy’s. Thank you infinitely! 🙏🏾And because our last merch drop sold out on Thursday night in less than two hours, we have a new drop coming by popular demand of the exclusive @travisscott ‘Live From Magic City’ designed merch. Mid 2000’s-era long tee sizes included. 😂😂 Stay tuned later today..catch the entire iconic battle replay in HD on @applemusic! 🔥🔥Wear more masks plz, and trap responsibly.”

Jeezy was also originally supposed to take on another Atlanta legend in T.I. but the high demand by fans wanted Gucci Mane instead. T.I. also agreed that this needed to happen and said that this Verzuz was a huge win for their hometown.