Skip to content
You are here
Home > Hip Hop News > Gary Owen commented that he wants Hennessy and a black and mild, during Jeezy / Gucci Mane #Verzuz battle; Black Twitter defended him from people calling him racist, saying he may not be skinfolk, but he’s kinfolk, and is always invited to the cookout 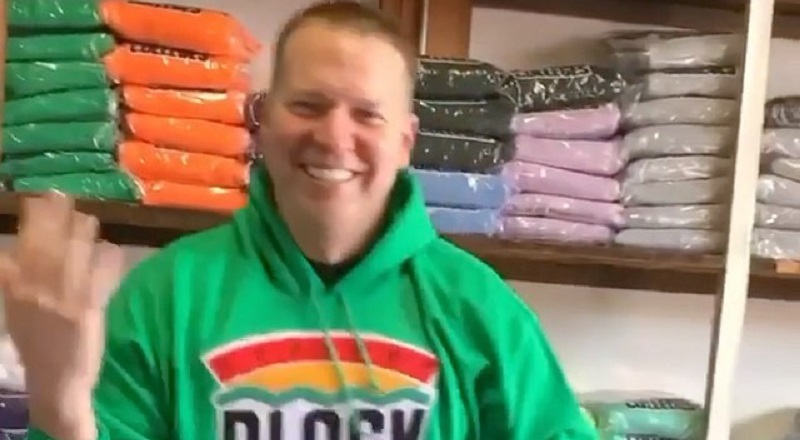 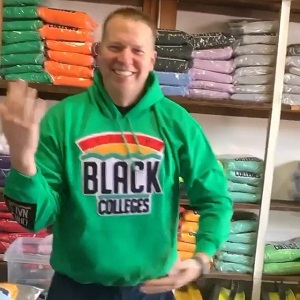 Those who don’t know about Gary Owen would not understand his unique position, in this culture. A few years ago, BET took a chance on him, and his life, giving him a reality show. Through the show, people really learned the kind of person that Gary Owen is.

Gary Owen, though a white man, was embraced by the black culture, through his rise, as a comedian. The famed comedian has been on the side of the culture, through all of the civil unrest. Heck, the photo above, alone, says enough.

Like the rest of the world, Gary Owen was tuned into the Verzuz battle, between Jeezy and Gucci Mane. When the battle began, Gary Owen commented, on the Verzuz IG Live, that he wants a Hennessy and a black and mild. Some, on Twitter, got offended by Gary Owen’s comment, calling it racist, but Black Twitter was here to back him up, letting his position be known.

Read the tweets about Gary Owen below: 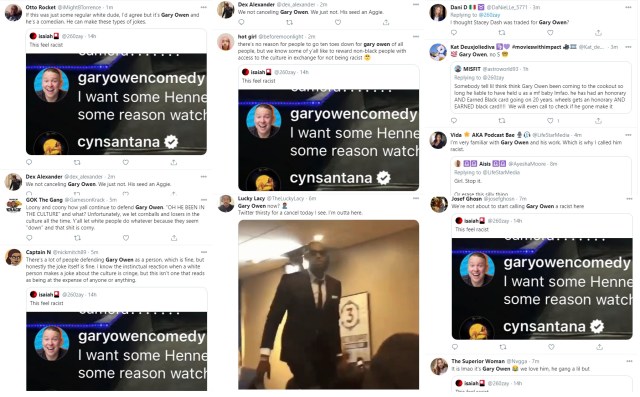