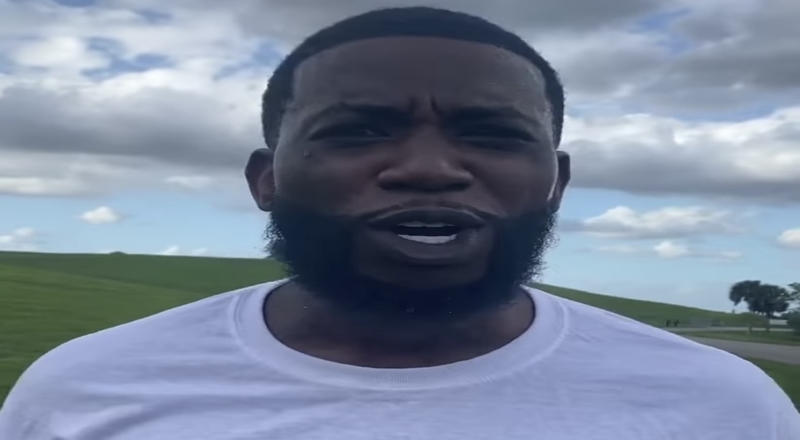 Gucci Mane and Jeezy will be kicking off season 2 of Verzuz on November 19 in arguably the most anticipated Verzuz of the year. The two have feuded since 2005 where it all started over ownership issues of their hit collab single, “Icy,” which also included Boo.

Jeezy and Gucci have been dissing each other since the announcement of this matchup almost a year ago. Now, Gucci has another jab before the two face off and make history. The East Atlanta rapper was working out on a hill and that’s when he took the opportunity to clown Jeezy’s outfit from the cover art of his upcoming ‘The Recession 2′ album.

“Check this out, for everybody asking me, the Verzuz is real,” said Gucci. “Me and Snow Cone will be in the same room but this is what I wanna know, right? Is fashion a part of the Verzuz? ‘Cause I’ma have that shit on tomorrow. And if buddy has on the same funny-ass shirt and the dumbass hat he had on in the goddamn album cover, I ain’t doing it.”

The Recession 2 comes 12 years after the release of the original album. That project is regarded as as one of Jeezy’s best projects of his career. The lead single for the sequel his “Therapy For My Soul.” Gucci and Jeezy are also supposed to host an afterparty at the Compound nightclub in downtown Atlanta following their Verzuz battle.