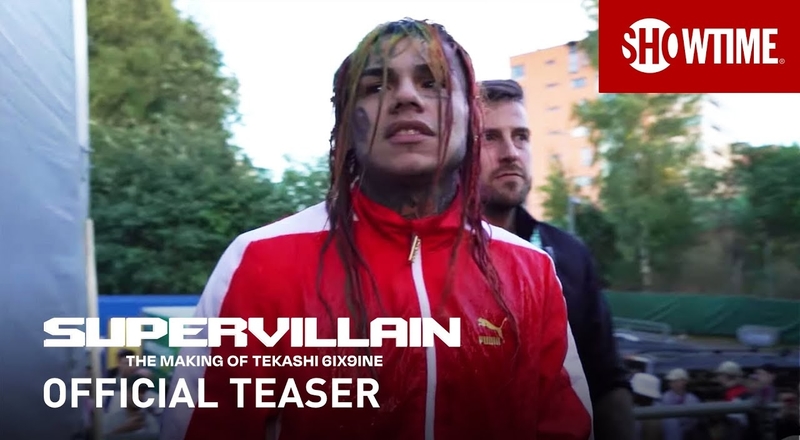 Hulu released a Tekashi 6ix9ine documentary on Monday titled “69: The Saga of Daniel Hernandez.” This film is labeled as “part investigative documentary, part real-life gangster movie.” It also goes in-depth on 6ix9ine’s career and his racketeering case and how he told on the Nine Trey Bloods. There is also a Showtime docuseries coming in 2021 about 6ix9ine titled “Supervillain: The Making of Tekashi 6ix9ine.”

Now, it appears that the Brooklyn rapper didn’t sign off on either projects at all. His manager, Murda Murphy, is now coming out on Instagram saying that the films are trash and unauthorized.

“The Hulu & Showtime @6ix9ine projects!! Are both unauthorized!! Nothing to do with us!! Zero!! The people in these talking are cap! Are not involved with us in anyway!! Don’t support this trash!! When @6ix9ine does something you’ll be the first to know!”

With the stardom that 6ix9ine has experienced post-prison life, definitely expect some more films to be created surrounding his career soon. The ones authorized by his team will bring even more buzz. Either way, these current documentaries are already gaining traction on social media.

Back in September, 6ix9ine also released his sophomore album, ‘Tattle Tales.’ This project debuted at No. 4 on the Billboard 200 chart despite the low first-week unit sales of 53,000. It was led by hit singles such as “Trollz” featuring Nicki Minaj and “Locked Up 2” feat. Akon. He remained quiet for two months after that release until this month where he trolled Lil Durk over King Von’s murder. 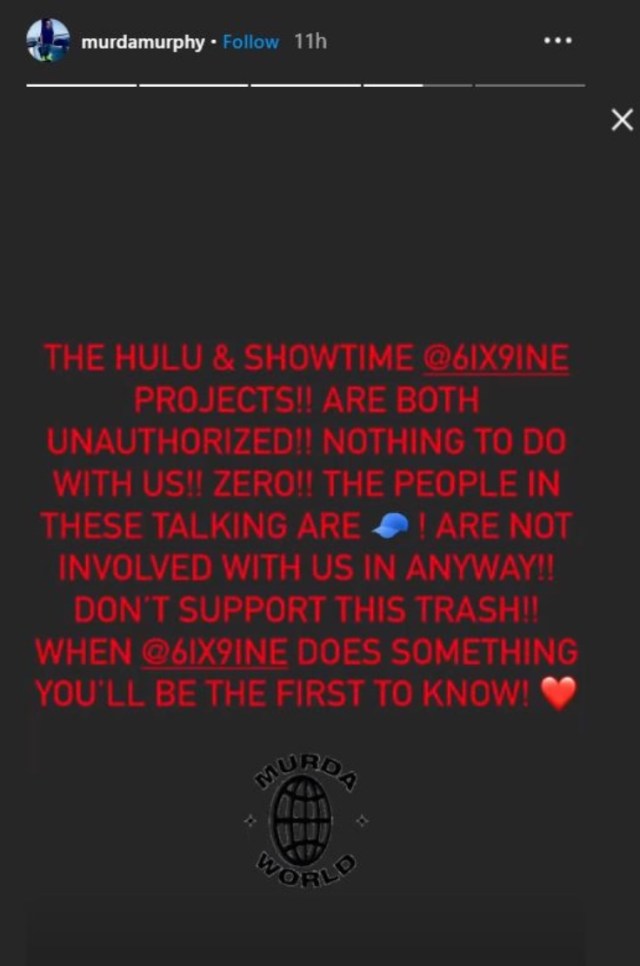