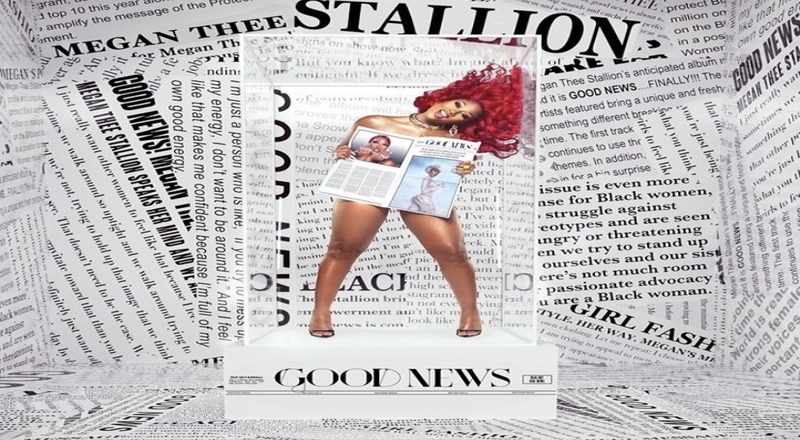 Last week, Megan Thee Stallion announced that her debut studio album would finally be arriving on December 20. The project is titled ‘Good News.’ This also comes while being named Rapper of the Year by GQ.

The Houston superstar has now taken to social media to reveal the full tracklist for Good News ahead of its Friday release. It will contain 17 tracks in total with features from SZA, DaBaby, City Girls, Big Sean, and more. A few weeks ago, Megan hinted at City Girls appearing on the album and SZA had also previously confirmed that the two had a collab together in the stash.

Singles that have already been out and have winning big that will appear on Good News are the “Savage” remix feat. Beyoncè which became the No.1  song in the US along with “Girls In The Hood” and “Don’t Stop” feat. Young Thug.

Megan released her ‘Suga‘ EP back in March as well which also featured the original version of Savage. This project peaked at No. 7 on the Billboard 200 chart. Fans have been waiting for her debut album ever since her 2018 “Big Ole Freak” single turned her into a star in early 2019 and now, she has the potential to earn her first No. 1 project next week.

Check out the full tracklist for ‘Good News’ by Megan Thee Stallion below. 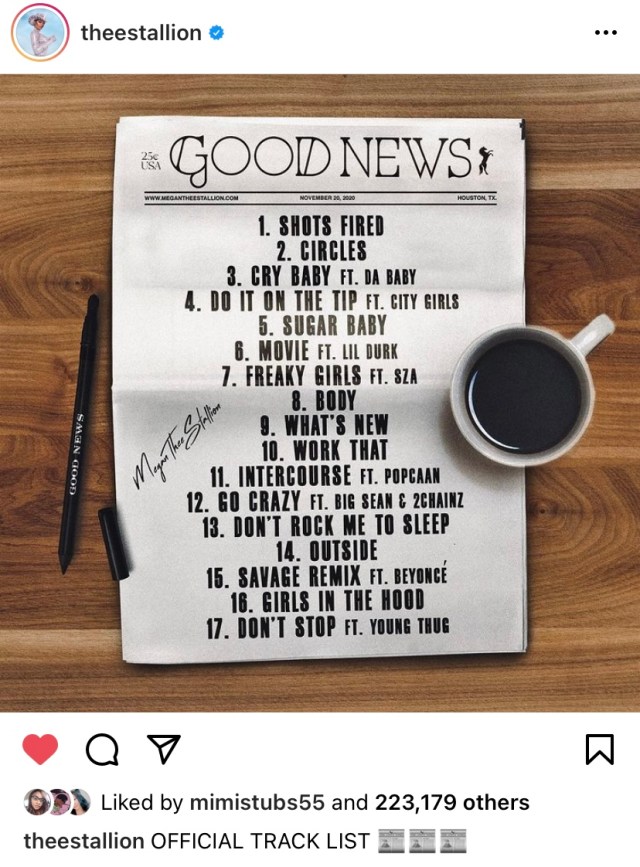