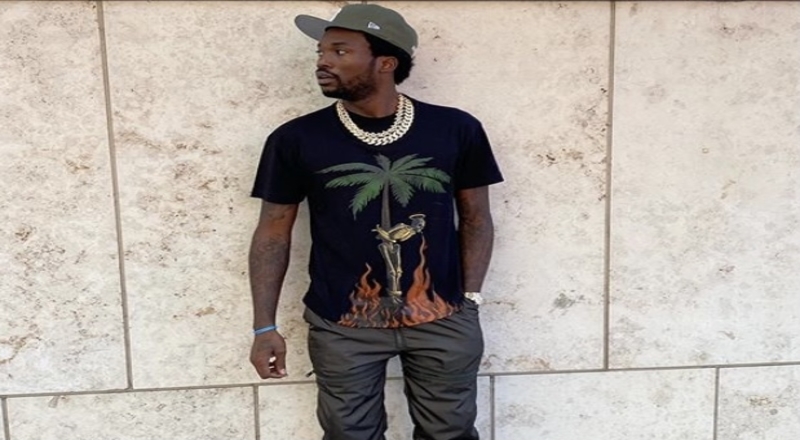 Meek Mill has had social media buzzing after speaking on the violence in his hometown of Philadelphia. Another rapper from the city, Poundside Pop, tried to come out and say that Meek is banned from north Philly but he brushed that off. Instead, new music is finally on the way.

The MMG rapper says that a “New Flame” project will be dropping this Friday. It will be a “4-pack” of songs and will be the first release since his “Otherside of America” single in June.

Hopefully, the New Flame project sets the stage for a new album to be on the way as well. Meek’s last one was his fourth studio album, ‘Championships,’ in December 2018. This did very well as it debuted at No. 1 on the Billboard 200 and has since been certified platinum in the US. It was led by the singles “Dangerous” feat. Jeremih and PnB Rock, “24/7” feat. Ella Mai, and “Going Bad” feat. Drake. Meek released two other hot records this year which included “Believe” featuring Justin Timberlake and “Letter To Nipsey” feat. Roddy Ricch. 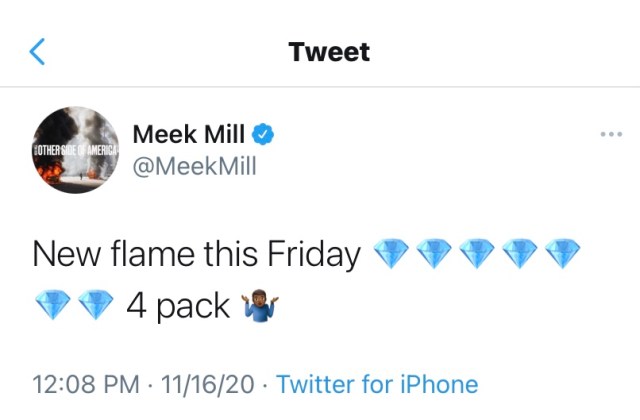