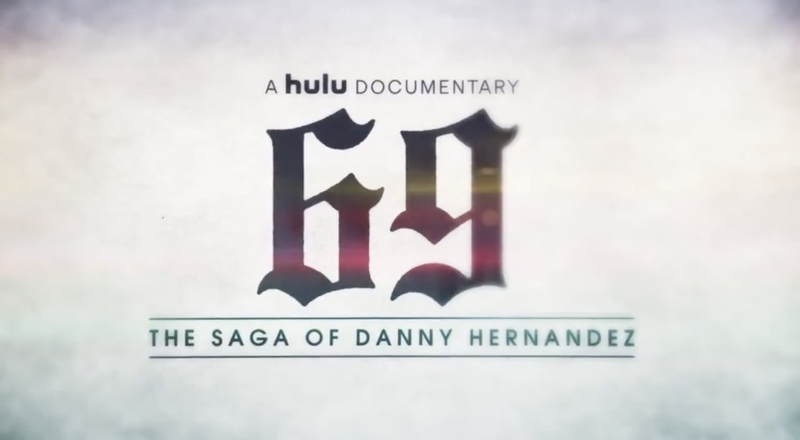 Tekashi 6ix9ine started to become very quiet on social media following the release of his sophomore album, ‘Tattle Tales,’ in early September. It only sold 53,000 units in its first week but still debuted at No. 4 on the Billboard 200 chart. He recently returned to Instagram to troll Lil Durk regarding the murder of King Von, though. He told Durk to stop rapping and get a run at this point after losing his cousin and Von.

Now, a 6ix9ine documentary on Hulu is now here as it’s titled “69: The Saga of Danny Hernandez.” It’s directed Vikram Gandhi and labeled as a “part investigative documentary, part real-life gangster movie.” Childhood friends were spoken to regarding the early life of the Brooklyn rapper. The documentary also focuses on how 6ix9ine “repeatedly broke the internet with his sensationalist music videos and social media beefs before infamously testifying against Brooklyn gang the Nine Trey Gangsta Bloods in a landmark trial.”

“All of my films explore identity, specifically the inner life of charismatic figures,” Gandhi to Variety. “I’m fascinated by the difference between the perceived person on the surface and the real person underneath…. What made him so fascinating were the contradictions built into his very existence: A Mexican kid with facial tattoos and rainbow hair shouting the n-word, flaunting gang affiliation, starting beef, and posting his own violent acts online. As I moved further into the story, I met a motley crew of personalities who were integral to Tekashi69’s development as an artist and celebrity. Danny Hernandez wanted to be famous so badly that he was devoured by his digital avatar, Tekashi69.”

In 2021, Showtime will also be releasing their own 6ix9ine docuseries titled “Supervillain: The Making Of Tekashi 6ix9ine.” This also tells his story before and after fame. It’s inspired by Rolling Stone’s “Tekashi 6ix9ine: The Rise and Fall of a Hip-Hop Supervillain” article.