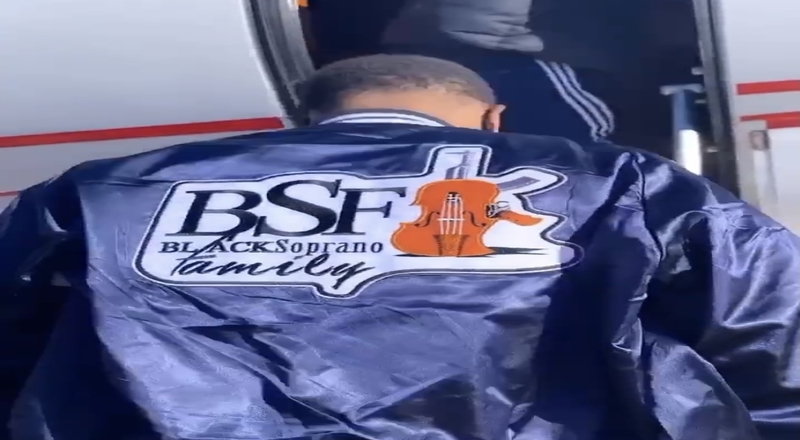 Today, Benny The Butcher was shot at a Walmart in Houston during an armed robbery attempt. He was in a car with friends when five men pulled up next to them with guns drawn. They demanded that they hand over their jewelry but they took too long to do so and that resulted in Benny getting shot in the leg.

Benny was treated at a local hospital but his condition was unclear. Now, the Griselda Records rapper has updated fans in is latest Instagram stories. He is seen in crutches while getting ready to board a private jet in Houston. He didn’t seem to have any trouble getting on the steps to the plane so the treatment at the hospital appeared to have gone well. Benny didn’t have his jewelry on so it’s unclear if he gave that up during the robbery or not.

Texas has been making headlines for the past week due to a myriad of rappers getting shot. Dallas rapper, Mo3, was killed in his hometown on an interstate, rapper/doctor Dr. Rose was shot multiple times while leaving his office, and Boosie Badazz was shot in the leg his sprinter van.

This scary incident also comes after Benny released his new album, ‘Burden Of Proof,’ last month. This featured 12 tracks with features from Freddie Gibbs, Rick Ross, Big Sean, Queen Naija, and more. It was led by the single, “Legend,” which is produced by Hit-Boy. The project peaked at No. 27 on the Billboard 200 chart.