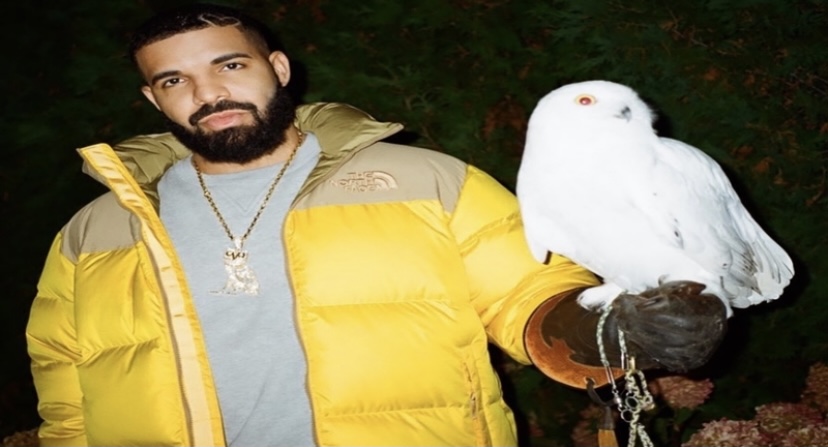 In the early days of Twitter becoming hot from 2009-2014, we always saw trends of false celebrity deaths on the app. Now, we are seeing this again as the #RIPDrake trending topic has surfaced.

Twitter has since confirmed that Drake is alive and well after making fans’ hearts drop. The description under the hashtag stated “No, Drake is not dead.”

In the meantime for Drake, he is getting ready to release his sixth studio album, ‘Certified Lover Boy,’ in January. This comes after a huge year where he released a platinum-certified mixtape in ‘Dark Lane Demo Tapes’ and put out a No. 1 single in “Toosie Slide.” He’s also created other hits such as “When To Say When,” “Chicago Freestyle” featuring Giveon, and “Pain 1993” feat. Playboi Carti. Drake was also part of the huge “Life Is Good” record with Future which is now 6x platinum. 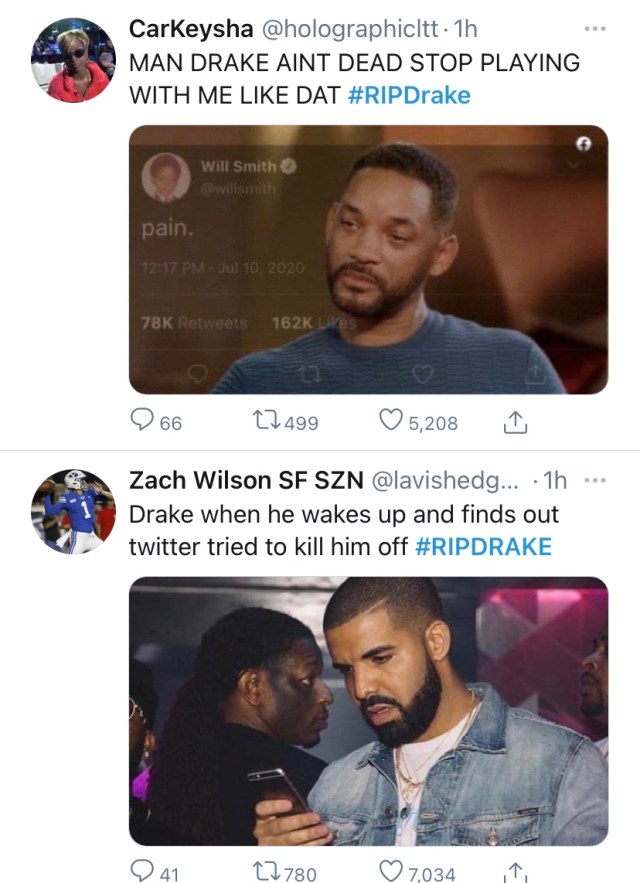 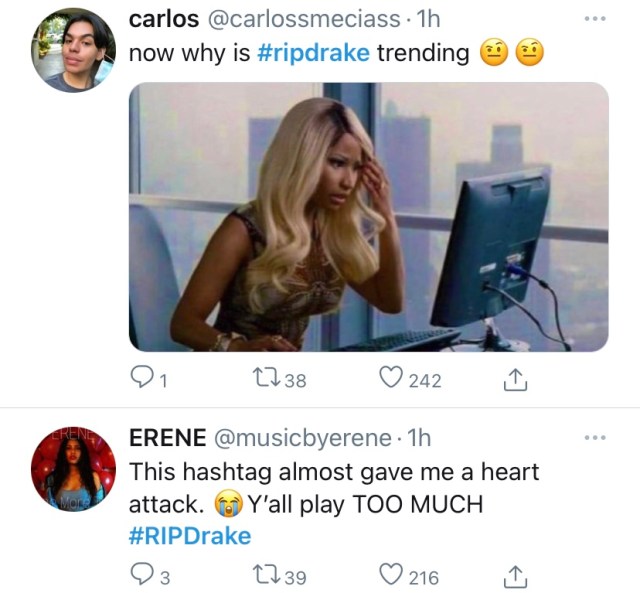