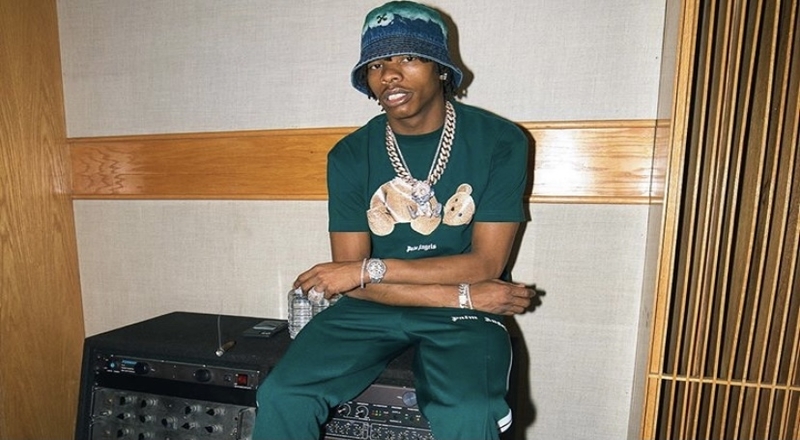 Lil Baby has arguably been the hottest rapper of 2020. He released his sophomore album, ‘My Turn,’ at the end of February as it was an instant success. It debuted at No.1on the Billboard 200 chart and went on to become the first album released in 2020 to be certified 2x platinum in the US.

Baby has also created hit singles this year that have went on to receive gold and platinum plaques such as “Emotionally Scarred,” “We Paid” feat. 42 Dugg, “Sum 2 Prove,” and “The Bigger Picture.” In December 2019, he announced that My Turn was coming along with his ‘Lamborghini Boys’ mixtape. That project never dropped but now, the Quality Control Music rapper says he’s focused on another album.

Baby took to Twitter on Tuesday to say that he’s not doing any features right now as he’s in “album mode.” The Atlanta native added that he is doing a giveaway for fans for the next four months where someone will receive a 2020 C8 Corvette. Fans will be available to enter starting on November 25. More information of how to enter should be provided soon.

As far as Baby’s third album, expect it to experience the same success that My Turn did. His content continues to impress hip-hop fans as he has dominated the charts for all of 2020 following each release. 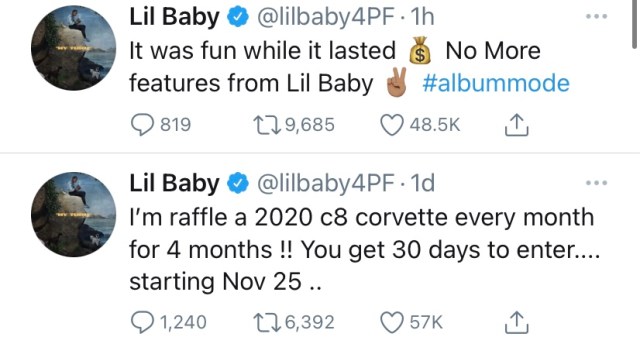