Skip to content
You are here
Home > Hip Hop News > Amber Anderson, woman in Crenshaw, Los Angeles, had her vehicle swallowed by a sinkhole that formed in the middle of her street [VIDEO] 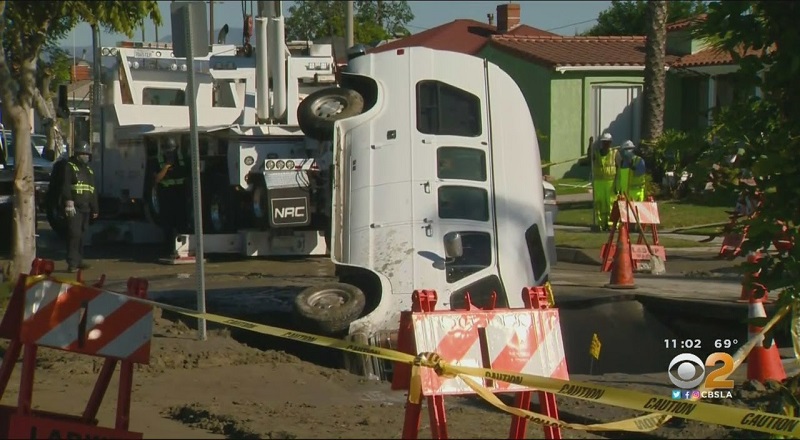 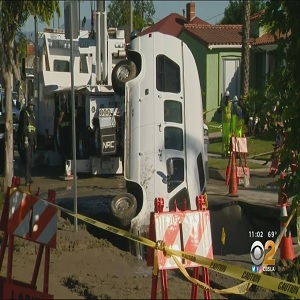 In the year of 2020, the world has learned that things that most wouldn’t believe could happen will happen. No one is disputing that a sinkhole can’t randomly form and swallow whatever is in place. Most people wouldn’t bet on having a sinkhole take their property.

But, in the Crenshaw district, in Los Angeles, a young woman saw the impossible happen. While she was sleeping, she had her vehicle parked outside. Because of the neighborhood, her vehicle was parked on the side of the street.

Amber Anderson is the woman in question, who parked her vehicle on the street, beside her house. When she woke up, she saw her vehicle sitting face-down, in a sinkhole. After discovering her vehicle, Anderson said “Came out my front door and realized, wow, my van behind me is inside of a hole.”