Skip to content
You are here
Home > Album Preview > Blac Youngsta Reveals Tracklist for ‘F*ck Everybody 3’ Album; Features Include Lil Baby, DaBaby, Moneybagg Yo, and More 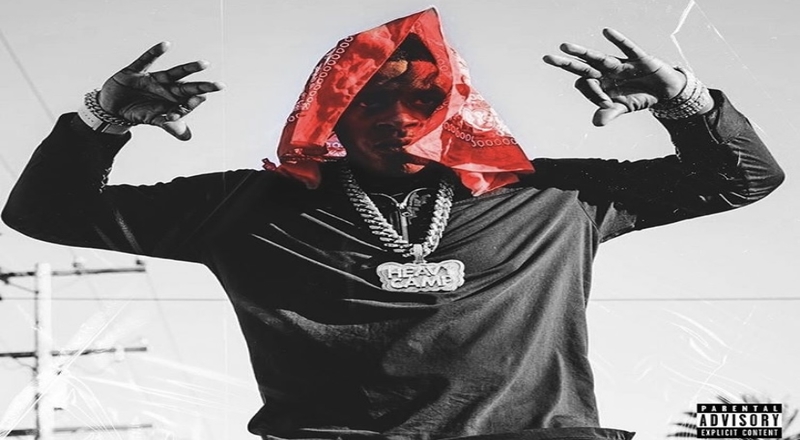 Last month, CMG rapper, Blac Youngsta, announced that the third installment of his ‘F*ck Everybody‘ series will officially be out on November 13. This is all while building momentum with his “I Met Tay Keith First” single featuring Lil Baby and CMG label mate, Moneybagg Yo.

This week, Youngsta released his “Trench B*tch” single feat. Lil Durk and now, the full tracklist for F*ck Everybody 3 has been revealed on his social media feeds. This project will contain 14 tracks with other appearances from DaBaby, Swae Lee, 42 Dugg, and others.

The release of F*ck Everybody 3 comes almost two months after releasing the collab album, ‘Code Red,’ with Moneybagg Yo. This was put out after the two scrapped the ideas of putting out solo albums on the same day. This made sense considering that they are label mates and don’t need to compete against each other.

The upcoming release of F*ck Everybody 3 also comes almost close to a year of the release of his ‘Church On Sunday’ album. This project reached No. 91 on the Billboard 200 chart.

Check out the full tracklist for ‘F*ck Everybody 3’ below. 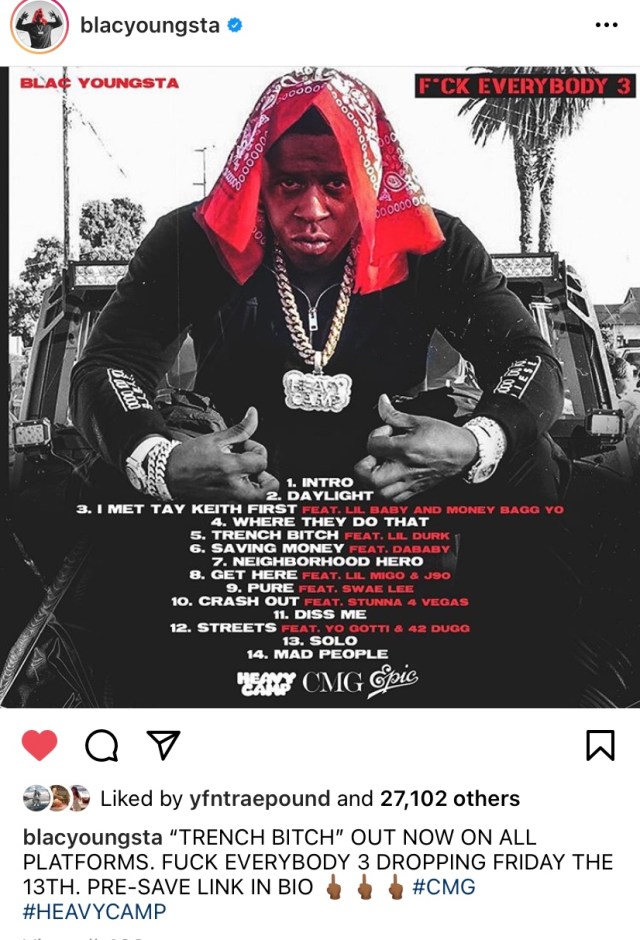