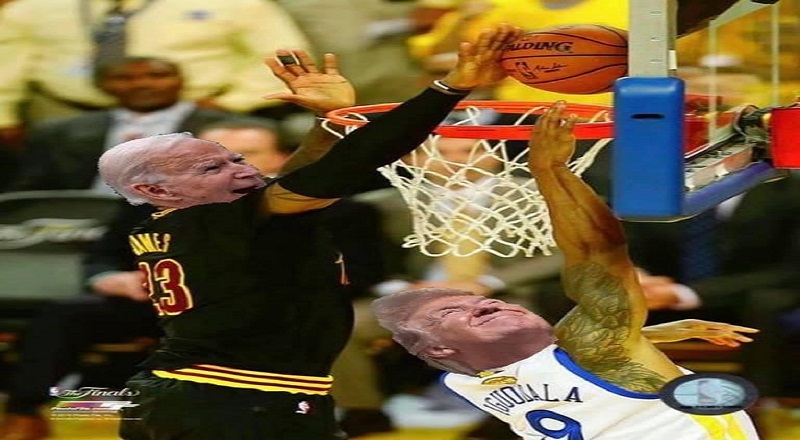 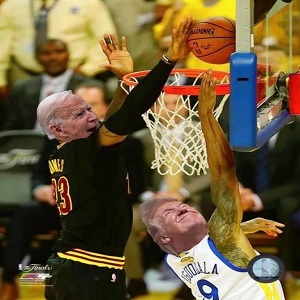 During the summer of 2017, LeBron James called Donald Trump out, on Twitter, referring to him as “u bum.” Their feud began, after Trump called Stephen Curry out, for the Golden State Warriors not visiting him, after their championship. Since then, he and LeBron have been rivals.

Over the past three years, LeBron James and Donald Trump have traded insults. This led to LeBron, and Kevin Durant, being told to “shut up and dribble” by Laura Ingraham. That comment motivated them to become more politically-active.

This morning, America woke up to the news of Donald Trump officially losing his re-election bid. With Joe Biden officially being elected as president, the celebration has begun. LeBron James shared his infamous block, against Andre Iguodala, replacing his face with Biden’s, and Andre’s with Trump. 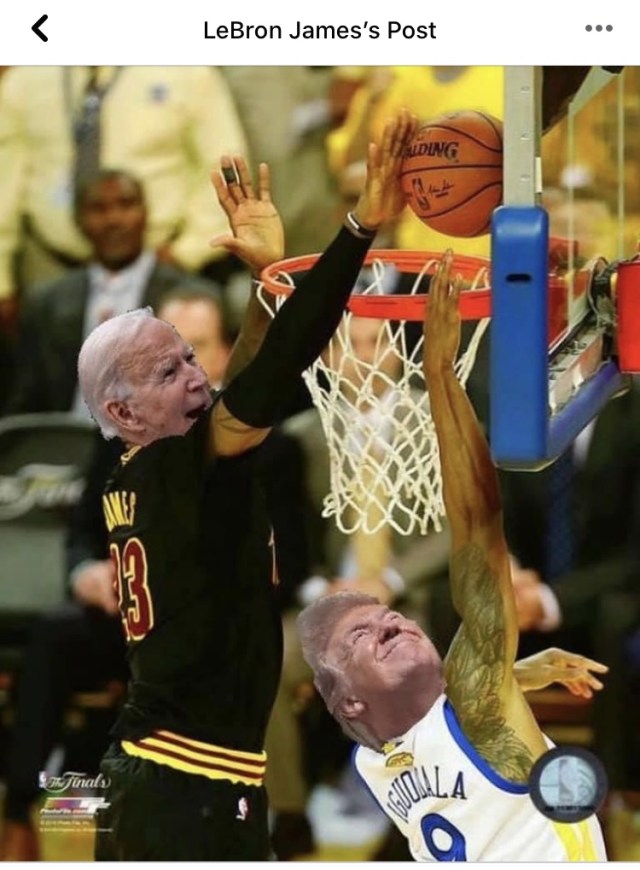