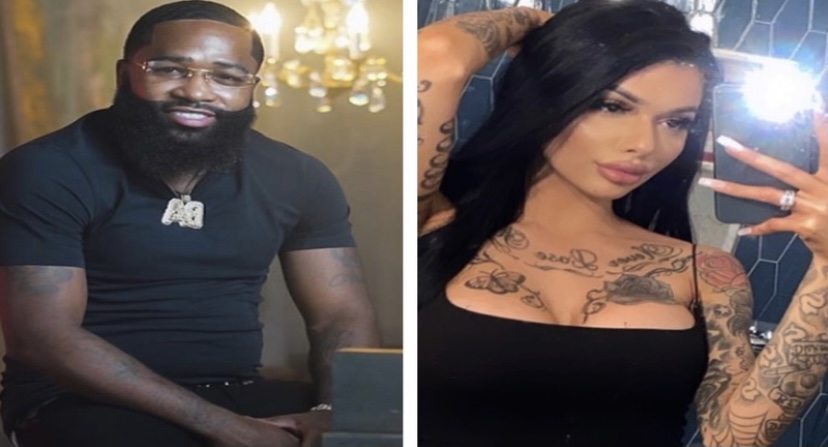 Adrien Broner was arrested and put in jail earlier this week after a disastrous court appearance. He claimed he only had $13 to his name so he couldn’t pay off a $800,000 judgement from his 2018 sexual assault case in Cleveland. The judge then pulled up AB’s Instagram feed where he was seen flashing so much money.

The former boxing world champion is out of jail and is back to wilding out on Instagram. The latest antic comes with him curving Celina Powell in his IG DMs.

Powell slid her number in the DMs and told Broner to “f*ck me now.” AB quickly showed that he is a faithful man by shutting that conversation down by saying he has a wife and she needs to stop writing him. He also explained that “all p*ssy is not good p*ssy.”

Broner supposedly went on to block Powell and said he doesn’t want to catch a case from her and let her take his $13. Only having $13 doesn’t appear to be the case though as AB claims that his rich friends such as Gervonta Davis and Al Haymon give him money. 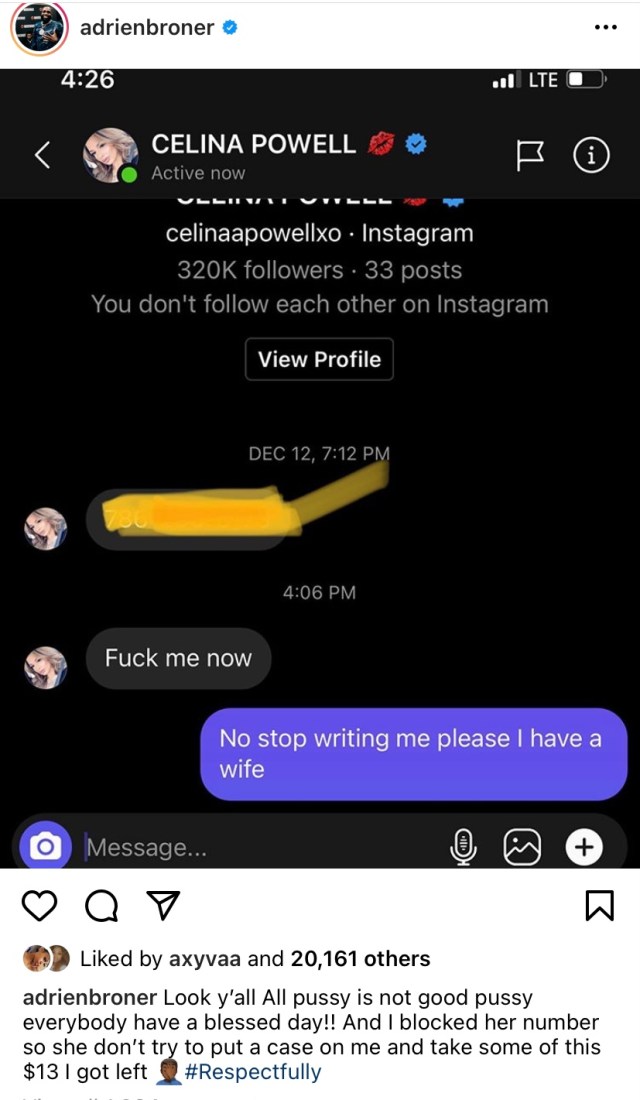