Skip to content
You are here
Home > Hip Hop News > King Von’s Manager Reportedly Claims To DJ Akademiks That Police Weren’t The Ones Who Shot and Killed Von After Shootout Between His And Quando Rondo’s Crews; Von Was Unarmed 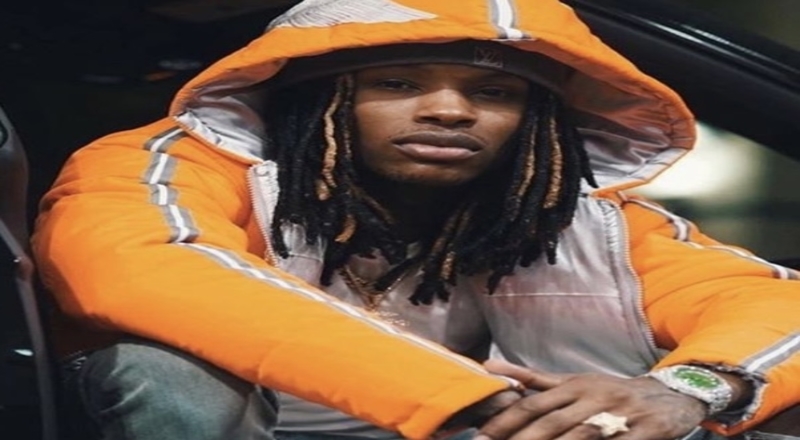 Early this morning in Atlanta, Chicago rapper, King Von, was shot and killed outside a nightclub around 3AM.This is after he was involved in a shootout with Quando Rondo’s entourage. There have been various reports that Von was shot by police. The nightclub has now been identified as Monaco Hookah Lounge in downtown Atlanta, per TMZ.

DJ Akademiks is stepping in and revealed on Twitter that he spoke with Von’s manager, who was also shot. He reveals that Atlanta police weren’t the ones who fired the shots but they did get involved in a shootout with “other armed individuals.” At the time, Von was unarmed.

TMZ added that six total people were shot as three were transported to a hospital nearby. The other three fled the scene but ended up receiving treatment as well. Three of the six ended up dying from their injuries. The shooter who took out Von is still unidentified.

Von had a solid 2020 has one of Chicago’s hottest artists as he released his ‘Welcome To O’Block’ album last month. This project featured 16 tracks with features from Moneybagg Yo, Fivio Foreign, Dreezy, Lil Durk, and more. 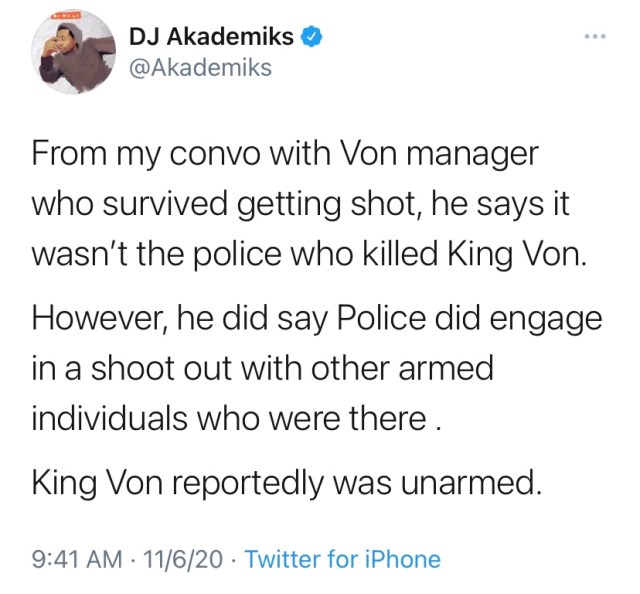