Skip to content
You are here
Home > Hip Hop News > DaBaby speaks for the first time, about his brother’s death, saying that death doesn’t effect him, but his family hurting does, and asks for prayers 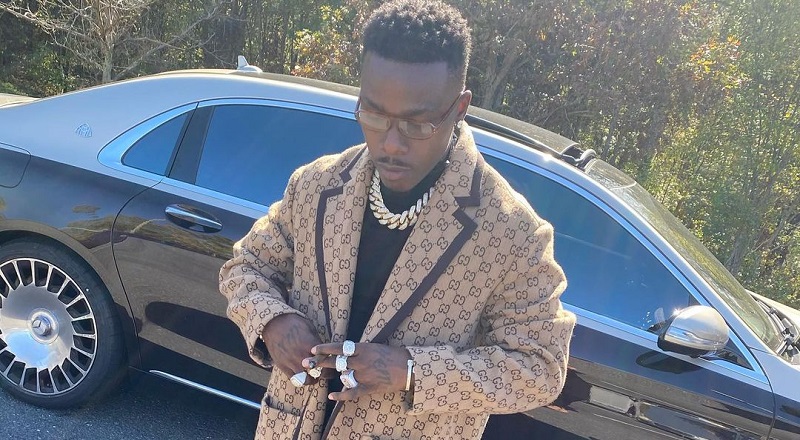 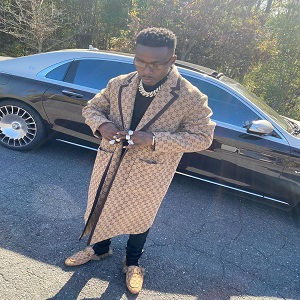 Though DaBaby was a phenom, in 2019, he was not an overnight success. The Charlotte rapper had been working, since 2015, to break through. By 2019, he caught the attention of Interscope Records, and became household name.

DaBaby scored a major hit, with “Suge,” had the summer on lock, and then owned the fall. It was so big for DaBaby that he dropped two albums, in 2019. Since then, DaBaby has dropped his third album, all major successes.

On Tuesday night, DaBaby suffered a tragic loss, when his brother died. News reports say it was a suicide, which makes it even sadder, with the holidays looming. Always strong, DaBaby spoke out, saying that death doesn’t effect him, but his family hurting does, so he asked for prayers for his mother, nephew, nieces, and brother. 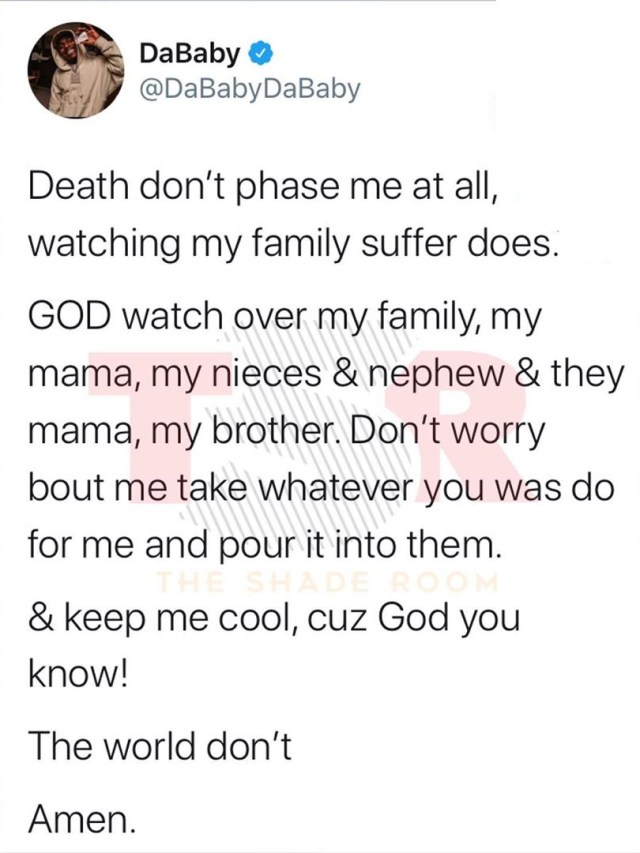