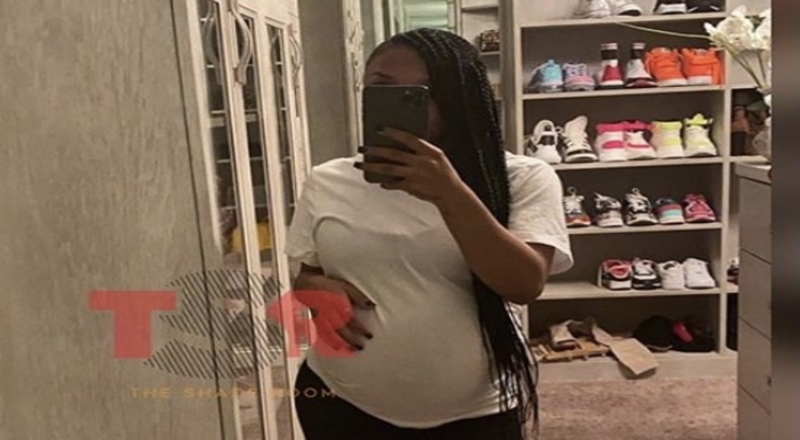 Iyanna Mayweather, aka Yaya, has been rumored to be pregnant by NBA Youngboy for a while now. Over the weekend, Floyd, her father and legendary boxer, confirmed this. This was during a Hollywood Unlocked interview with Jason Lee.

“What I try not to do is get into her personal business. Because once she’s no longer under my roof then, you know what, it’s between her and her better half. My thing is this: it has to do with your upbringing. It starts in the home first. So what I’ve always taught my daughter is this — always be respectful when you go to anyone’s home. And whatever goes on in your home, don’t talk about it to the world. And far as — ’cause I look at NBA Youngboy as a child. I can’t get upset with a kid like that. With this new generation, kids, you know, kids talk about pills and kids talk about syrup. So you know, it could’ve been one of those days for him. At the end of the day, I only want the best for them.”

On Tuesday night, Yaya posted a photo of herself showing off her baby bump to officially confirm the pregnancy. The child she’s carrying will reportedly be Youngboy’s sixth child at the age of 21. This also comes after Yaya is facing 99 years in prison for stabbing Youngboy’s other baby mama at his Houston home in April.

Many have since criticized Yaya for being involved with Youngboy. People cite how she already has money from her father so, being someone as toxic as Youngboy is puzzling. She is also only 20-years-old.