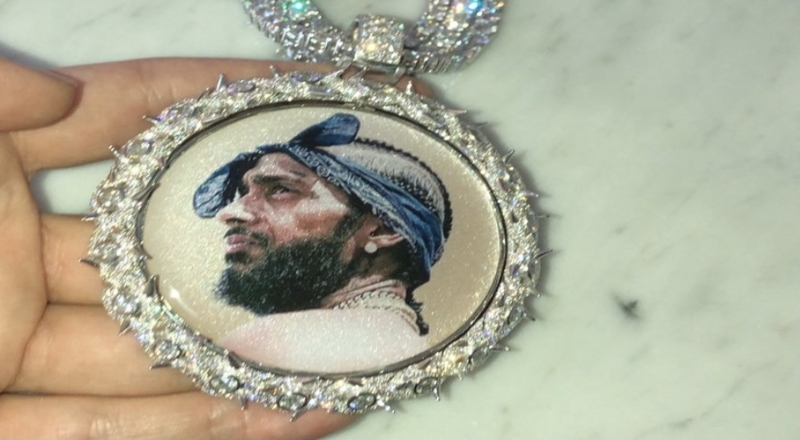 Roddy Ricch started to become a star following his appearance on Nipsey Hussle’s very last single, “Racks In The Middle,” in 2019. That soon translated into a No.1 album with ‘Please Excuse Me For Being Antisocial’ that December and a No. 1 single with “The Box.”

Roddy was close with Nipsey before his passing and now, he is paying homage to the fellow California rapper again. Roddy went to popular jeweler, Elliot Elliante, to get a diamond chain and pendant which includes a photo of Nipsey on it. In his Instagram story, Roddy said how much he loves Nipsey.

Elliante also showed the customized jewelry on his Instagram feed as he said “Crown Of Thorns Memorial Charm Made For @roddyricch RIP 🙏🏼” Earlier this year, Roddy also collaborated with Meek Mill on the Nipsey tribute song, “Letter To Nipsey.” March 31 marked the one-year anniversary since Nipsey was shot and killed in his hometown of Los Angeles in front of his The Marathon Clothing Store. 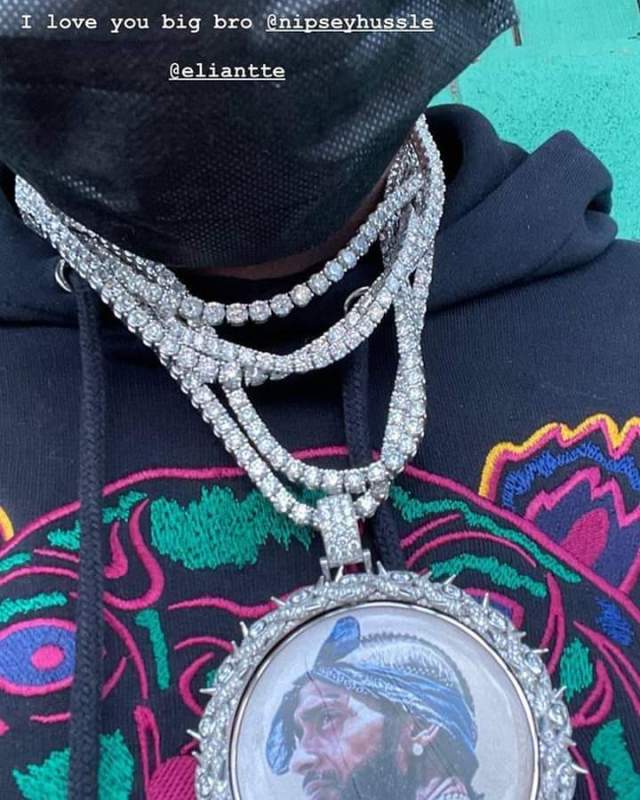