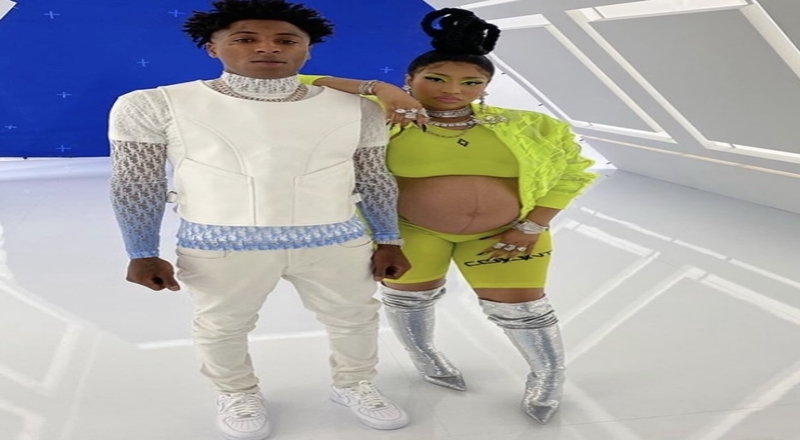 Nicki Minaj has been gaining momentum lately after appearing on the remix to breakout Detroit rapper Sada Baby’s “Whole Lotta Choppas” remix. Now, she has an upcoming collaboration with NBA Youngboy that will be out on November 6 at midnight. This collab is also produced by Mike Will Made-It.

This single will be titled “What That Speed Bout.” Minaj posted a photo on Instagram of her on set with Youngboy when the video was shot. At the time, she was still pregnant as her baby bump was in clear sight. Earlier this month, she finally gave birth as it was recently revealed that the child is a boy.

This also comes after Youngboy is being investigated for an assault case in Katy, TX. He and his crew allegedly beat down a man in the garage of a recording studio after his girlfriend left. A bag was put on his head as he was also pistol-whipped. When the mask came off, he noticed a body bag as Youngboy and his guys threatened put to put him in there. While Youngboy FaceTimed his manager, he was told to let the man go as he is already dealing with legal issues regarding his drugs and guns charges in his hometown of Baton Rouge, LA. 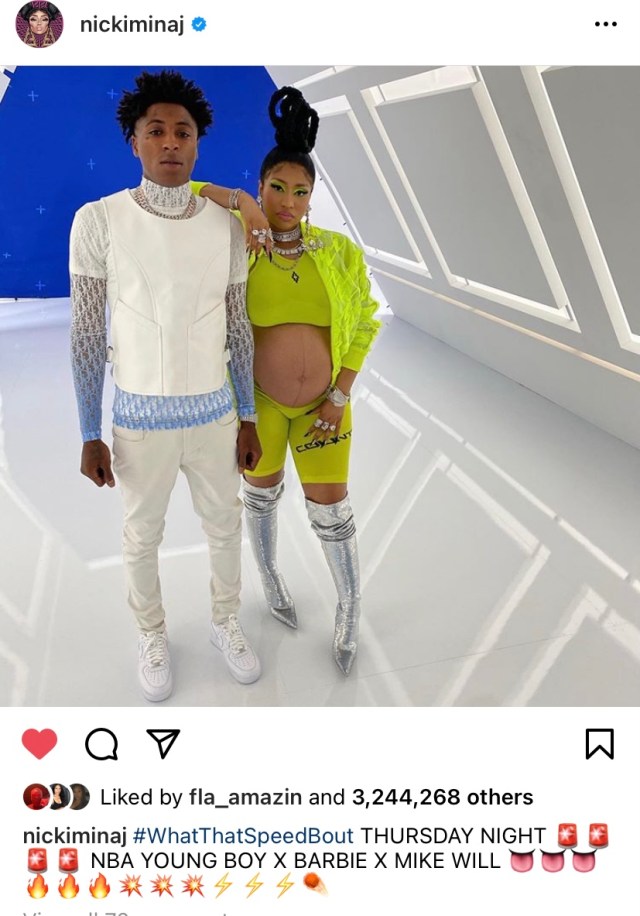