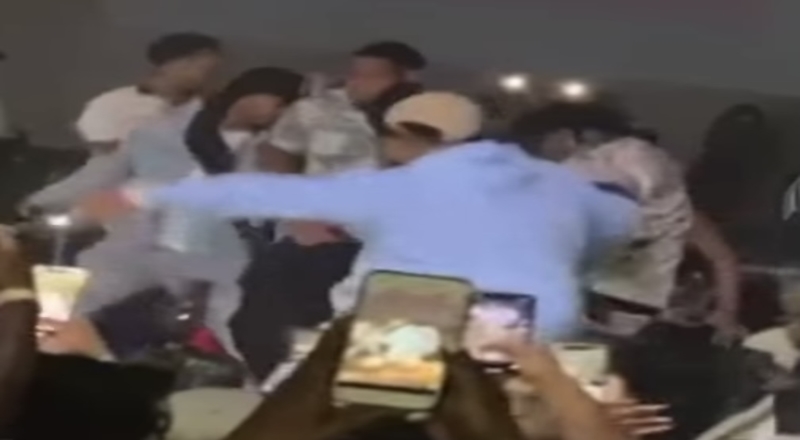 Rod Wave has been one of hip-hop’s biggest breakout stars over the past year. In 2019, he released his debut studio album, ‘Ghetto Gospel,’ which reached No. 10 on the Billboard 200 chart and was certified gold. This April, he put out his ‘Pray 4 Love‘ album debuted at No. 2. A deluxe was also put out which included features from Yo Gotti, Lil Baby, and ATR Son Son.

Wave was set to perform in Atlanta on Saturday night at Morris Brown College but it was a very rocky start. As he and his entourage were walking on the stage, it collapses as Wave and others fell. He appeared to be okay but it was definitely a scary moment for them as well as fans in attendance.

Wave ended up addressing the incident on his Instagram feed as he jokingly said “PIMP DOWN I REPEAT PIMP DOWN.” It’s good to see him take this in good fun. The show was cut short though due to the damage done to the stage. Check out his fall take place below.