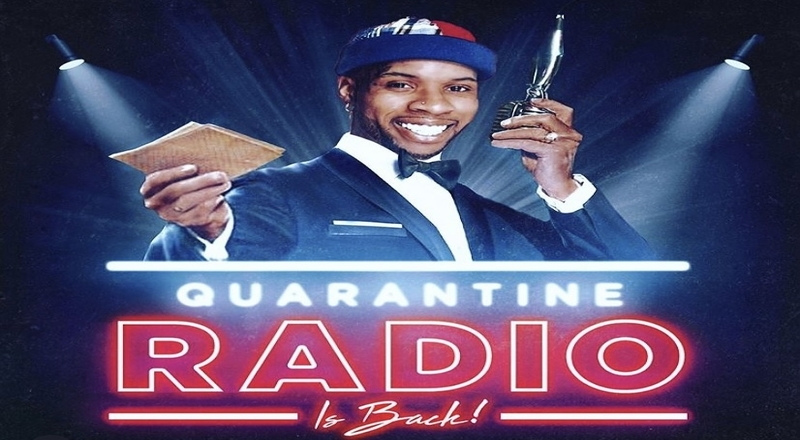 Tory Lanez has been very active on social media ever since releasing his ‘Daystar‘ album at the end of September. This was to deny shooting Megan Thee Stallion back in July after a Hollywood Hills house party. He has since been charged by the L.A. County D.A. for felony assault.

Lanez is still promoting his music as well as teasing a return of Quarantine Radio. This is officially coming back today on Halloween. The Toronto rapper took to his Instagram feed to reveal that it will take place at 6pm ET. Five lucky women will win $1,000 each for the Twerk-A-Thon contest that will take place. Five additional people can win $1,000 as well for having the best costumes.

Lanez originally began Quarantine Radio back in March and April when most of the country was under stay-at-home orders due to the start of the COVID-19 pandemic. On this show on Instagram Live, Lanez would bring celebrities on as well as twerking women. This stay-at-home orders aren’t the case anymore for most of the country but people have been wanting Lanez to bring back this show to IG Live for a while now. It will definitely be a crazy return. 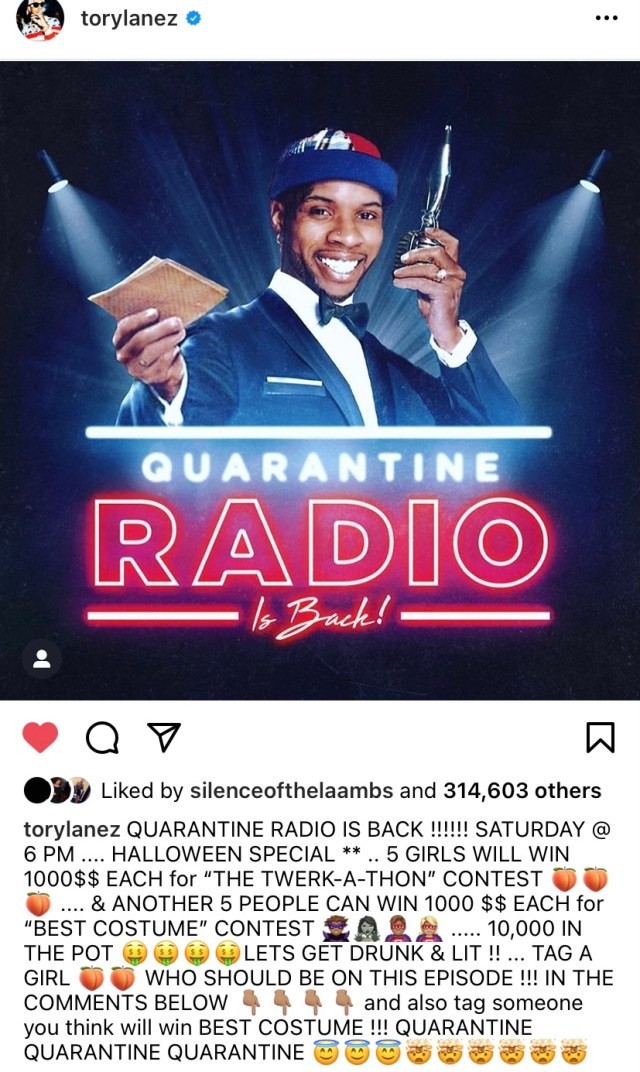