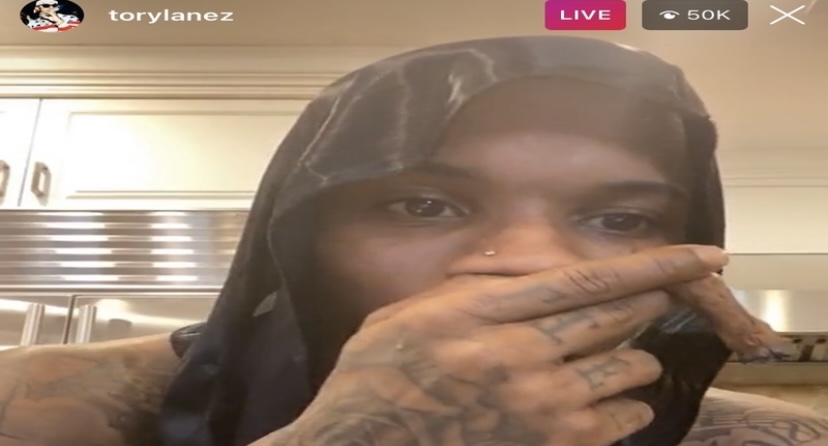 Lanez definitely had the show lit again as he had in March and April. It was met with some technical difficulties, though but it’s currently happening now again. While it was going down though, a Megan Thee Stallion supporter called in. He boldly claimed that Lanez was the one who shot Megan in her feet this summer.

Lanez brushed this moment off as he ended the call. As many know, he is facing 22 years and eight in prison for felony assault in the Megan shooting case. These are one count of assault with a semiautomatic firearm, and one count of carrying a loaded, unregistered firearm in a vehicle. The L.A County D.A’s office also alleges that Lanez caused “great bodily injury” to Megan.