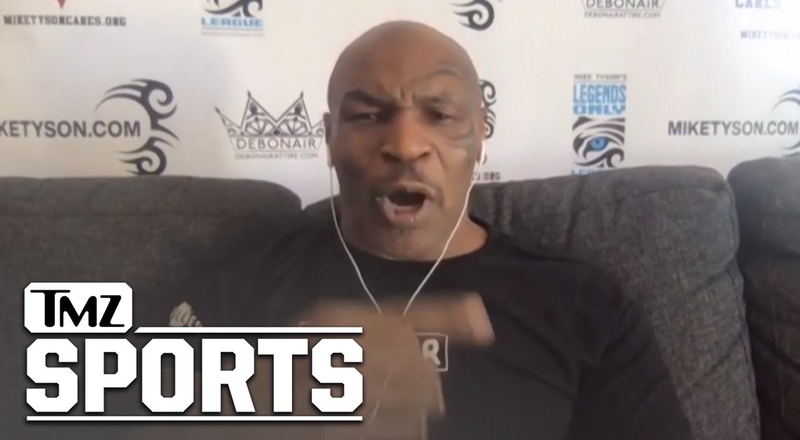 Last week, Mike Tyson had social media on fire when he confronted Boosie during his ‘Hotboxin’ With Mike Tyson’ podcast regarding Boosie’s comments made about Dwyane Wade’s transgender, daughter Zaya, earlier this year. Boosie had originally condemned Wade’s decision to support Zaya and pleaded with him to not cut his penis off.

The legendary boxer wasn’t afraid to press Boosie at all as he believed that the Louisiana rapper may be insecure and likes men himself. Tyson’s questions definitely seemed to appear to have Boosie nervous as well.

Boosie then tried to make the excuse that he was offended because a child was involved. Now, Tyson is discussing the interview with TMZ Live and credits his daughter for educating him on why Boosie was wrong.

“My daughter,” Tyson said … “She flew all the way from New York City to Los Angeles, California where I’m at just to be there because she thought Boosie was so disrespectful she had to confront him.”

Tyson also added that Boosie handled the interview like a gentleman despite the interviewing not going how he anticipated it to. He also hopes Boosie “wins the fight over those demons.”

Check out Tyson speaking with TMZ along with Boosie below.