CMG’s Blac Youngsta has had a solid 2020 as at the top of the year, he was part of a huge record in label mate Moneybagg Yo’s “123” single. The two also released their collab album, ‘Code Red’ last month after scrapping the original plans of putting out solo albums on the same day.

The Memphis rapper is now back at it with a solo project as he just announced that the third installment of his “Fuck Everybody” series will be out on November 13. In his Instagram post, Youngsta said that this time, he’s “coming for blood” and to stay dangerous. This project is led by the single “I Met Tay Keith First” feat. Lil Baby and Moneybagg Yo.

Youngsta’s last studio album was ‘Church On Sunday’ which dropped in November 2019.  This contained 16 tracks with features from T.I., Tory Lanez, DaBaby, City Girls, and more. Stay tuned for the full tracklist for Fuck Everybody 3 on HHV soon. 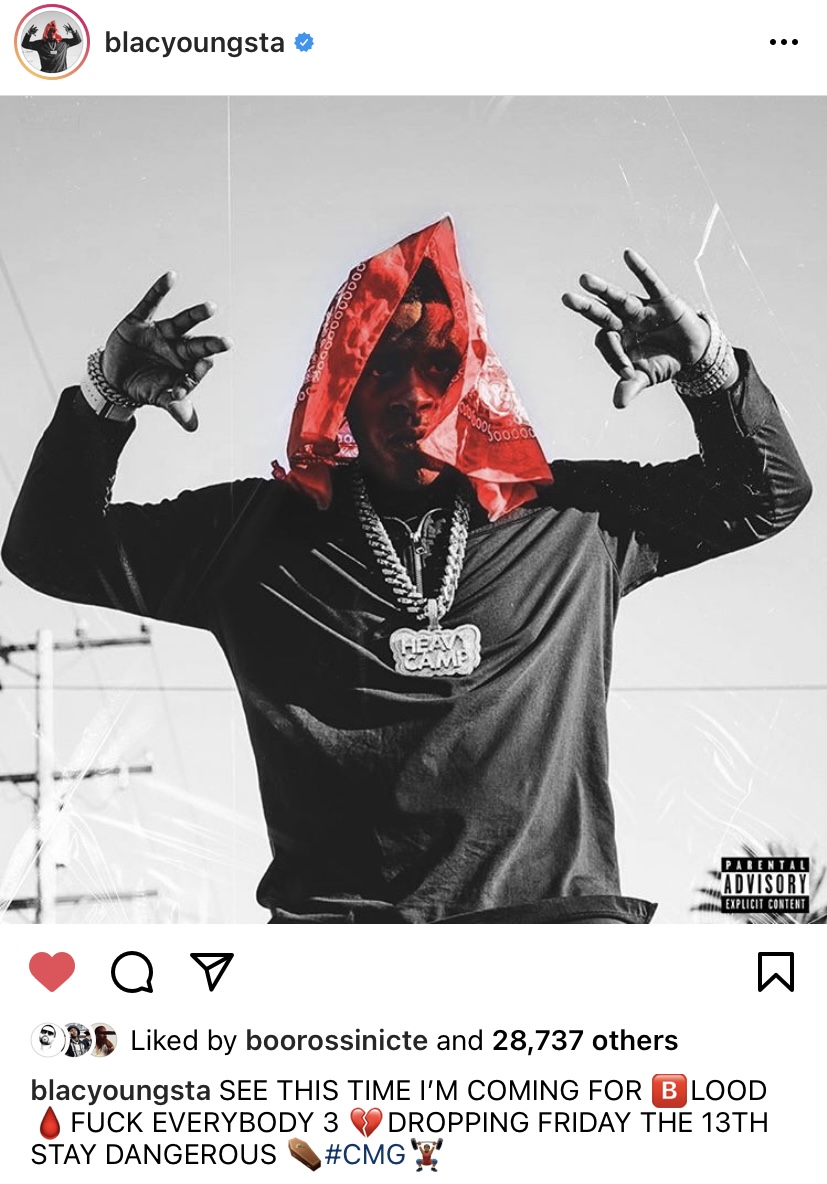