Skip to content
You are here
Home > Hip Hop News > T.I. Calls For Shutdown of Atlanta Restaurant, Umi Sushi, Who Kicked Black Couple Out For Wearing Sneakers Despite The Fact That White Customers Were Wearing Them as Well 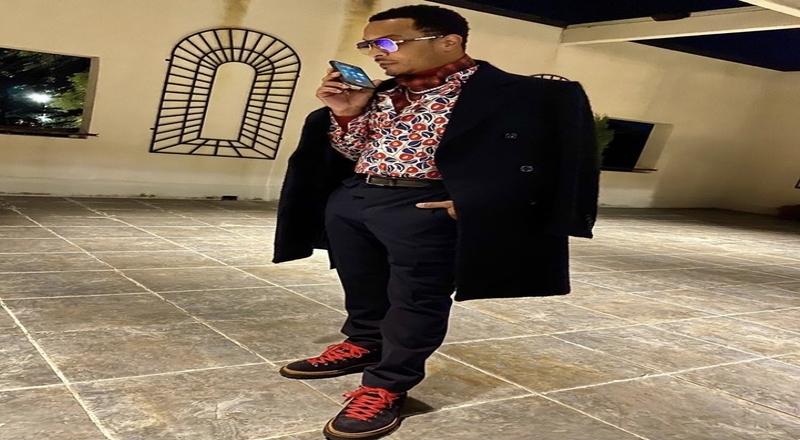 T.I. has been a man of the people over the years when it comes to addressing injustices such as racism and police brutality. He also works closely with Atlanta Mayor, Keisha Lance Bottoms. The Atlanta legend is now speaking out on an incident that went down in the Buckhead area of the city.

A Black couple was kicked out of Umi Sushi due to that they were wearing sneakers. In the background though, white customers were visibly seen wearing sneakers too and they weren’t confronted by employees at all. T.I. now feels that the establishment should be shut down. Back in 2018, he also called for a boycott of Houston’s in the Buckhead area due to their lack of respect for Black customers.

“As we were walking out though my husband noticed a woman at the bar had on tennis shoes and that’s when everything had gone out the window at that point because there are no rules here for some people, only for others,” said Kaylan Cobert. “If you’re going to have rules they should apply to everyone and not just some people.”

“I see we are going to have to shut down Umi Sushi down the way we did Houston’s!!!,” said T.I. in his Instagram post.

In T.I.’s IG caption, he also said that he was made aware of this injustice and it requires his immediate attention. He also said that “We comin.” The hashtag #YouViolateWeDemonstrate was also included. Hopefully, T.I. can speak to the owners of Umi Sushi and make things right for the two Black customers who didn’t deserve to be treated the way they were. 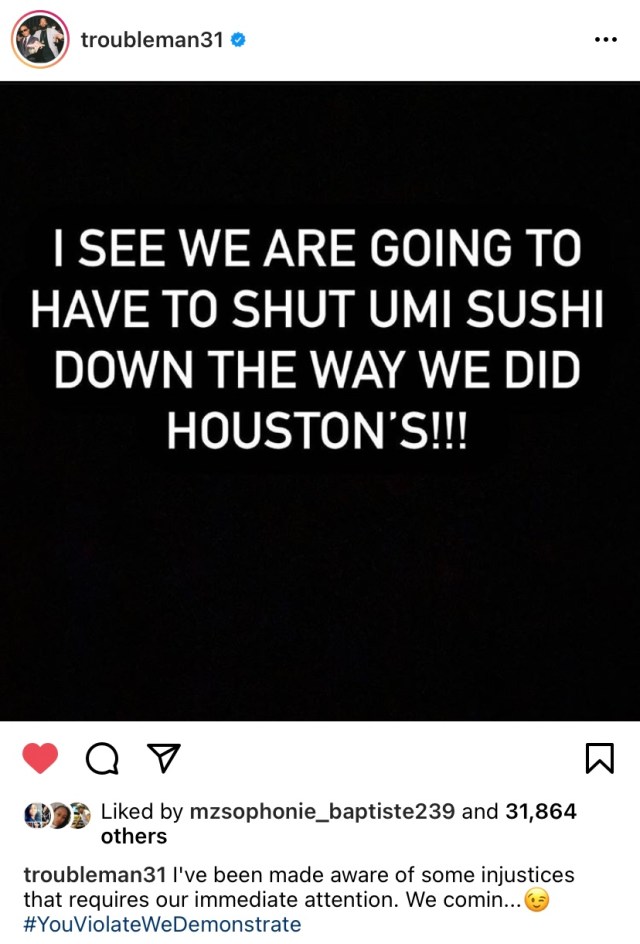