Skip to content
You are here
Home > Hip Hop News > Gucci Mane Says He’d Need $1 Million To Appear On Verzuz; Would Go Against Any Artist 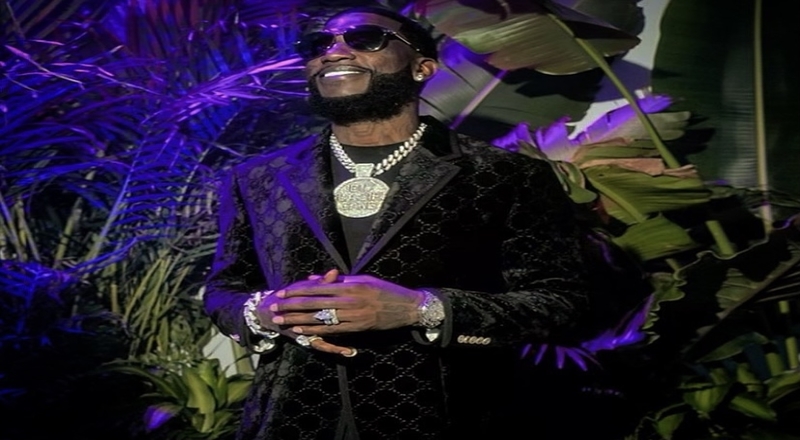 Verzuz has been an amazing outlet for some of the greatest artists of all-time to showcase their greatest hits since April. This platform was created by Swizz Beatz and Timbaland as the hit for hit battles have been taking place on Instagram Live and on Apple Music. Some of the best battles that we’ve seen have been T-Pain vs Lil Jon, Ludacris vs Nelly, Brandy vs Monica, Gladys Knight vs Patti LaBelle, and more

Season 2 was announced last week as Atlanta legends T.I. and Jeezy will kick things off on November 19. Fans have also been calling for Gucci Mane to appear on Verzuz. For the East Atlanta rapper though, he has to get paid handsomely to do a battle. He took to Twitter today to say that he needs $1 million. He did say that he’d take on whoever, though.

Artists supposedly haven’t been paid for these Verzuz battles as they simply want to celebrate the culture. All of the participants’ streams go up significantly anyway so the money does come regardless. For Gucci, he wants the money upfront. People wanted to see him go against his longtime rival, Jeezy, but they’ve been beefing for over 15 years now so this likely won’t happen. 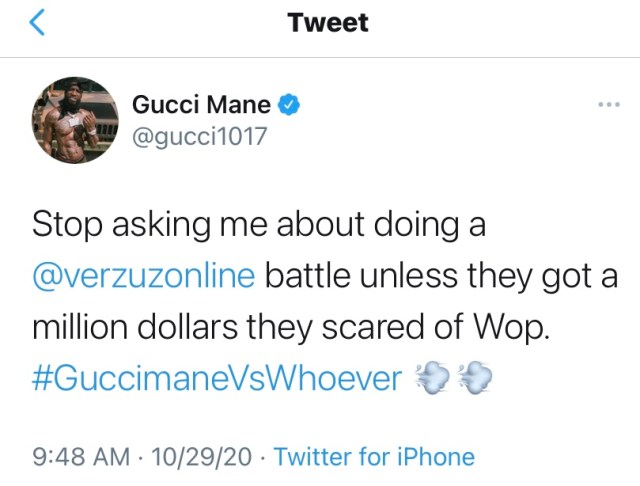