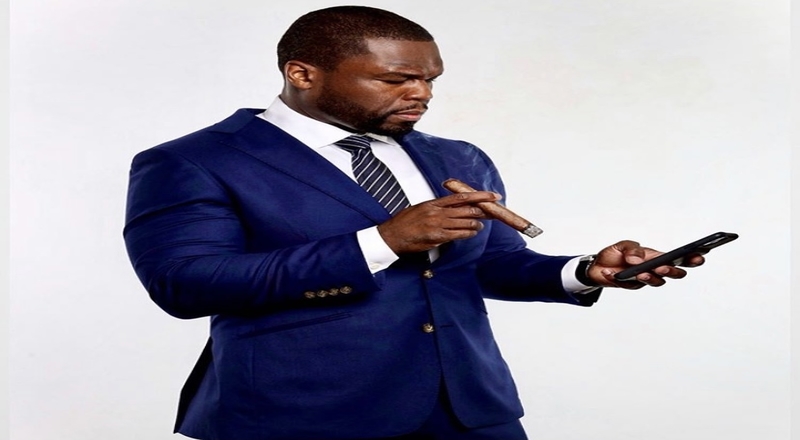 Last night at the BET Hip-Hop Awards, the show went virtual but people still enjoyed what they saw on TV as far as the performances an cyphers go. There were also may stacked nominees for awards and one was for Best New Hip-Hop Artist.

The late Pop Smoke won this award posthumously as he beat out Flo Milli, Rod Wave, Jack Harlow, NLE Choppa, and Mulatto. 50 Cent, who executive produced his posthumous debut studio album, ‘Shoot For The Stars Aim For The Moon,’ is now celebrating on social media. He took to his Instagram feed to say that Smoke was able to win an award for his mother. He also thanked Roddy Roddy for his contribution to the album.

50, Roddy, and Smoke all collaborated on the single, “The Woo.” This record has done very well on the charts as it peaked at No. 11 on the Billboard Hot 100 chart and currently stands at 32. It’s also been over eight months since hip-hop lost Smoke as he was shot and killed in Hollywood Hills. The four suspects ended up being arrested back in early July, a week before the album was released. Shoot For The Stars Aim For The Moon debuted at No. 1 on the Billboard 200 chart and was certified platinum by the RIAA in August. 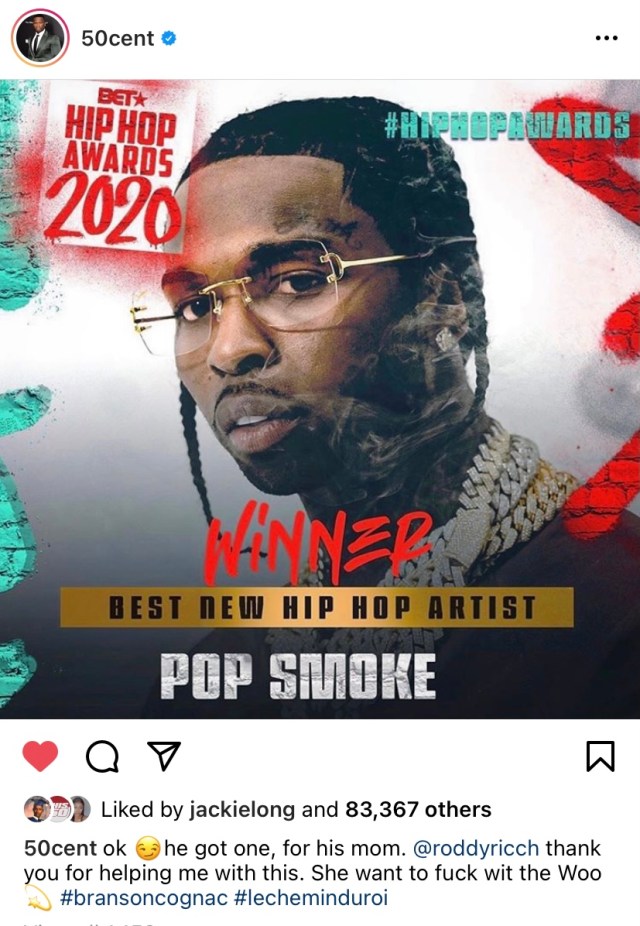